Facts and figures about water: Vector of change and exchange

The navigation of rivers, lakes and oceans began before recorded history. Navigation, due to its relationship and importance to transportation, has played a leading part in the advancement of civilization. Men learned early that travel by water was a convenient means of transporting their goods of trade to other lands.

The first crafts were probably kinds of canoes that were cut out from tree trunks and propelled with short oars. During the Stone Age, these embarkations were made by cutting down a tree and hollowing its trunk. Later, they were covered with impermeable fabrics before being constructed from tied or sewed wooden plates. Soon it was discovered that if sails were attached to the ships, they would harness wind-power and the ships would go faster. Early sails were probably made of interwoven rushes or leather.
END_OF_DOCUMENT_TOKEN_TO_BE_REPLACED

Facts and figures about water and cultural world heritage

UNESCO seeks to encourage the identification, protection and preservation of cultural and natural heritage around the world considered to be of outstanding value to humanity. This is embodied in an international treaty called the Convention for the Protection of the World Cultural and Natural Heritage, adopted by UNESCO in 1972. What makes the concept of World Heritage exceptional is its universal application. World Heritage sites belong to all the peoples of the world, irrespective of the territory on which they are located. 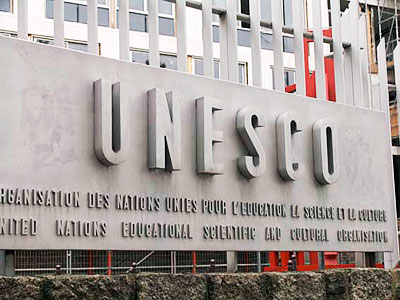 The UNESCO’s World Heritage List includes 812 properties forming part of the cultural and natural heritage which the World Heritage Committee considers as having outstanding universal value. These include 628 cultural, 160 natural and 24 mixed properties in 137 countries. END_OF_DOCUMENT_TOKEN_TO_BE_REPLACED

Facts and figures about water and civilisation

Nearly all the great civilisations of the world have evolved around water, which provided the key not only to supplying freshwater, but also to agriculture, trade, transport and defence. Civilisations such as that of the Roman and Venetian Empires, the Omayyad Dynasty and the Egyptian Civilisation were all founded on their access to water, which provided their population with the means to both survive and expand.

In both the past and present, human progress has been conditional on advances in water science and their application through engineering and technology for the benefit of society. 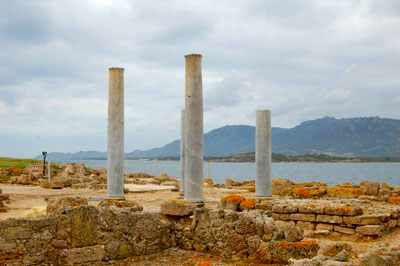 The art of the bath and its social importance were so great in ancient Rome that, by the end of the Republic (first century B.C.), supplying water and building bath facilities had become major questions in the life of the city. The construction of spectacular public baths, by successive Roman emperors, was a way of impressing citizens with the power and prestige of their rulers.

In ancient Rome, wastewater was carried away in a series of sewer drains emptying into the Cloaca maxima, a former stream in ancient times that had been transformed into a drainage channel, probably during the 6th century B.C.

The amount of water distributed in ancient Rome has been estimated at about 1 million m3 per day. Supplied to the centre of the city by aqueducts, the water flowed out into the numerous public fountains where collecting basins had been built. These fountains were the source of water for the whole city, for drinking, hygiene, putting out fires, or just for the enjoyment and pleasure of the citizens.
END_OF_DOCUMENT_TOKEN_TO_BE_REPLACED

Facts and figures about water and mythology

A myth is a traditional or legendary story usually concerning some being or hero, event or natural phenomena.

Today, with clean water piped directly into our homes and largely taken for granted, it may be difficult to imagine the greater importance water held to those who fetched it daily from the riverside or village well. Deeply dependent on the local water source for their crops and animals, our ancestors had a natural reverence for those places where good, pure water emerged like magic from the depths of the earth. As a result, water has played a role in myth and sacred rites in cultures all around the globe.

In Poland and Germany, there was a belief in the water-men, or nix, and their wives. They possessed a human form, with a malevolent nature. Inhabiting lakes, rivers and ponds they tempted passers-by to go bathing, in order to drown them. Blue spots on a drowned person’s body are a sign that the nixes caused the drowning. They were held to be powerless on land and they could interact with humans and were indistinguishable from them. To have observed one of their wives on the banks of a river bleaching her laundry was an omen of rainy weather or high water.

In the Venda region of the Northern Province of South Africa, people maintain relationships with their ancestors by placating the water spirits, leaving offerings at the Phiphidi Falls and in Gubukhuvo, the pool into which the water flows below the falls. Although it is believed that these water sprites can trap their own meat, they cannot grow grain under water and therefore beer and grain are left on a sacred stone near the top of the falls to foster good relations with the ancestral spirits.
END_OF_DOCUMENT_TOKEN_TO_BE_REPLACED

Facts and figures about water and armed conflict

At the time of the publishing of the 2nd World Water Development Report (WWDR2), it was estimated that there were over 17 million refugees and displaced persons from wars, persecutions and other causes. These people have tremendous impacts on the water resources in the area to which they have been displaced.

The Post Conflict Assessment Unit of the United Nations Environment Programme (UNEP) has shown that conflicts are almost always followed by environmental crises: chemicals leaching into waterways, damage to irrigation systems, deforestation, the destruction of infrastructure and collapses of local and national governance structures.

The Convention on the Prohibition of Military or any Other Hostile Use of Environmental Modification Techniques (ENMOD Convention) seeks to prohibit acts such as weather modification and harmful flood creation.
END_OF_DOCUMENT_TOKEN_TO_BE_REPLACED