Himalaya. Karakoram. Hindu Kush. The names of Asia’s high mountain ranges conjure up adventure to those living far away, but for more than a billion people, these are the names of their most reliable water source. 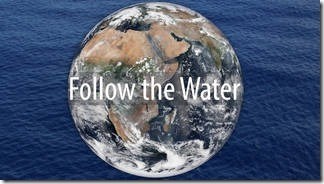 Follow the Freshwater: By predicting droughts and floods and tracking blooms of algae, NASA’s view of freshwater around the globe helps people manage their water.

Snow and glaciers in these mountains contain the largest volume of freshwater outside of Earth’s polar ice sheets, leading hydrologists to nickname this region the Third Pole. One-seventh of the world’s population depends on rivers flowing from these mountains for water to drink and to irrigate crops.

Rapid changes in the region’s climate, however, are affecting glacier melt and snowmelt. People in the region are already modifying their land-use practices in response to the changing water supply, and the region’s ecology is transforming. Future changes are likely to influence food and water security in India, Pakistan, China and other nations.

Rapid changes in the region’s climate are affecting glacier flows and snowmelt. Local people are already modifying their land-use practices in response to the changing supply, and the region’s ecology is transforming. Scientists estimate that by 2100, these glaciers could be up to 75% smaller in volume.

NASA is keeping a space-based eye on changes like these worldwide to better understand the future of our planet’s water cycle. In this region where there are extreme challenges in collecting observations on the ground, NASA’s satellite and other resources can produce substantial benefits to climate science and local decision makers tasked with managing an already-scarce resource. END_OF_DOCUMENT_TOKEN_TO_BE_REPLACED

However, catalysts, including those used to “split” water, have either worked well but are expensive and unstable, or are affordable and stable, but don’t work as well. Now, researchers report in ACS Central Science a new catalyst that is really the best of both worlds. 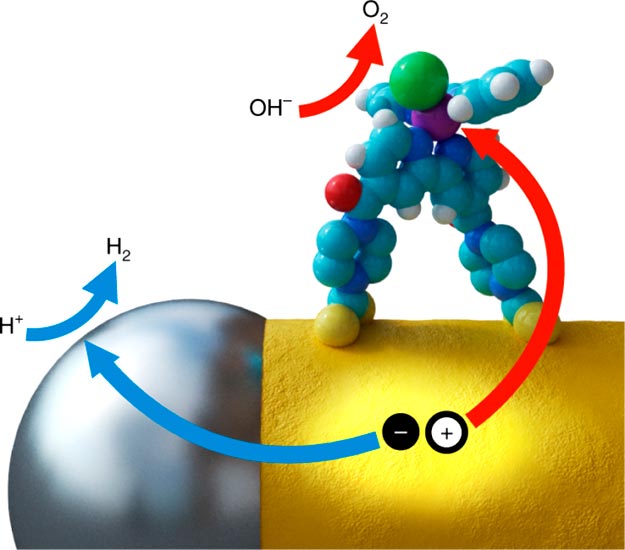 Identifying ideal materials that can split water is a long-standing problem in renewable energy storage. Catalysts, which help reactions occur, are often used in this process. “Homogeneous” ones dissolve into the reaction solution and are usually active and selective. However, they don’t work well in some applications because they are unstable and expensive. In contrast, “heterogeneous” catalysts are solids that are stable, recyclable and convenient to work with, but they are usually not very active or selective. Dunwei Wang and colleagues proposed they could get closer to the ideal catalyst by producing a hybrid material. END_OF_DOCUMENT_TOKEN_TO_BE_REPLACED

Engineers at the University of Maryland have found that porous types of wood from trees like poplar and pine can greatly increase the efficiency of water-to-steam conversion under sunlight. The findings, published November 15 in the journal Joule, could be used in a simple and inexpensive biodegradable device for water purification. 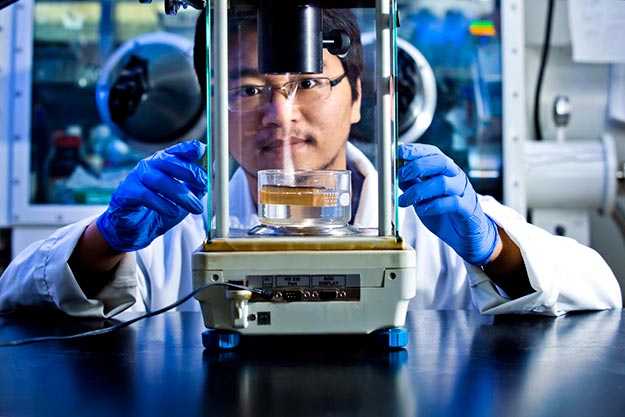 “I think there are many, many materials that can be used in solar steam generation, but wood really stands out in terms of performance as well as cost,” says senior author Liangbing Hu, Associate Professor of Materials Science and Engineering in the A. James Clark School of Engineering and the University of Maryland Energy Innovation Institute. END_OF_DOCUMENT_TOKEN_TO_BE_REPLACED

Water for the Third World

Water is used by man for a variety of important purposes, among them irrigation, navigation, hydroelectric power generation, industrial manufacturing, waste disposal, recreation, and wildlife enhancement. The most fundamental use of all, however, is community water supply for immediate and vital needs-drinking, washing, cooking and sanitation. 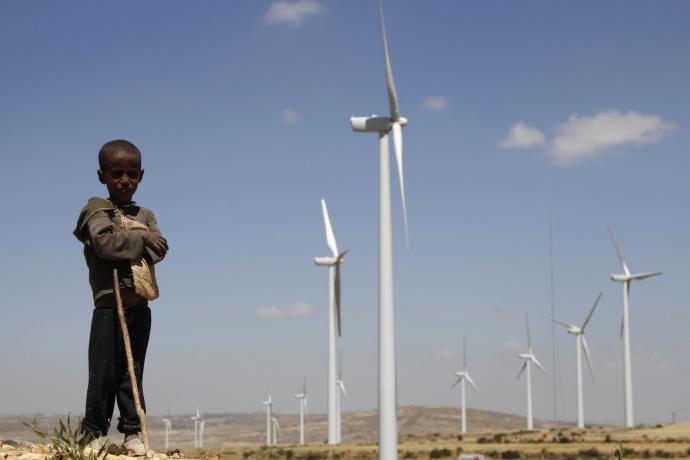 At present anyone living in a developed country hardly gives thought to the availability of water for these needs. One has only to open a tap at any time of day or night to obtain as much clean water as desired. But often it is not realized that even in industrially advanced countries like the United States or Canada, running water in homes was not available in many rural areas a few decades ago-certainly within living memory. In many instances rural electrification was instrumental in providing running water. END_OF_DOCUMENT_TOKEN_TO_BE_REPLACED 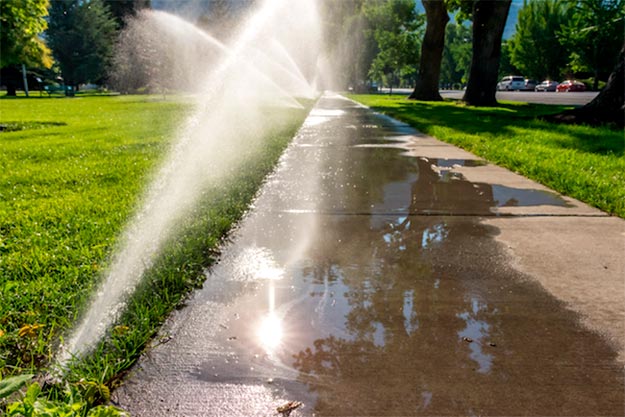