Most methods of gray water reclamation, from lugging around a full bucket to diverting the water through a costly treatment system, involve a simple cycle: 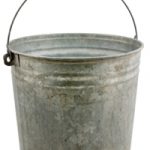 Gray water reclamation doesn’t have to be difficult. It can be as easy as taking a bucket with you into the shower.

When pipes are used to divert gray water, take care to prevent pumps and filters from clogging with bits of hair, skin and food. When clogs do occur, it is worth remembering that chemical clog removers are just the kind of harsh chemicals you don’t want to send directly into your garden. Natural solutions, such as boiling water or vinegar and baking soda treatments, might be less damaging to plant life. Additional safety precautions often depend on the specifics of the reclamation system in place, desired vegetation and the home’s residents. Gray water laws also vary from place to place. This issue will be discussed later. 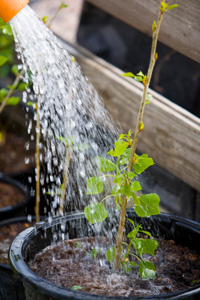 For the most part, plants aren’t as picky as people when it comes to drinking water.

To understand how gray water is absorbed by soil and plants, imagine emptying your backpack on the subway. That pile of stuff is much like gray water. It consists of various items that are useful or useless to the environment you introduced them to. There are certain items that will lie untouched — perhaps your smelly gym clothes or a really boring book. Plants and soil are much like the other train commuters. They’re ready to snatch the items they have the most use for and leave the less attractive ones behind.

Plants and soil work hard to break down gray water. Soil filters out many contaminants through a basic process:

It’s important to remember that plant life varies greatly, and some species are unable to deal with the chemicals, salt or acidity levels in gray water. Other plants just call for careful watering and care to begin with. In many situations, drainage from kitchen sinks and dishwashers is too contaminated by grease and high acidity to be used at all. END_OF_DOCUMENT_TOKEN_TO_BE_REPLACED

Sure, gray water sounds like something worth reusing, but what’s in it exactly? First, let’s draw the line between gray and black. 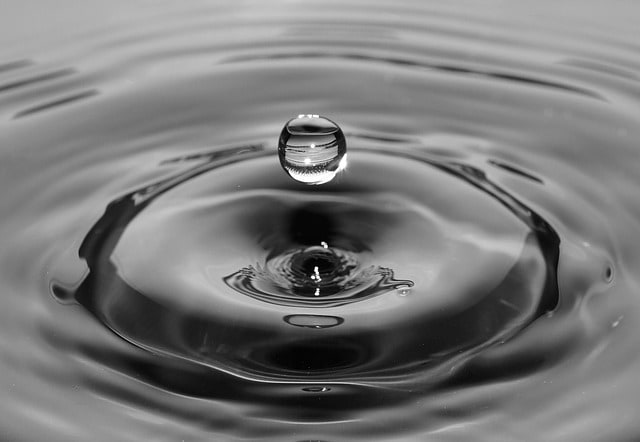 The key difference between the two is that black water has come into contact with fecal matter. Fecal matter is a haven for harmful bacteria and disease-causing pathogens. Additionally, this waste doesn’t break down and decompose in water fast or effectively enough for use in domestic irrigation without the risk of contamination. END_OF_DOCUMENT_TOKEN_TO_BE_REPLACED

Ever stop to wonder how much water goes down the drain each time you take a shower, throw in a load of laundry or just give your hands a quick wash? For the average U.S. household, the answer is quite staggering: close to 280 gallons (1,060 liters) a day [source: Environmental Protection Agency]. More than half of that can potentially be reused for irrigation in the place of fresh tap water. 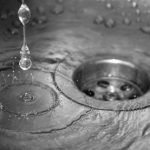 According to the University of Arizona’s Water Resources Research Center, between 60 and 65 percent of the water that goes down a home’s drain has the potential to be reused.

After all, why waste all that drinkable water on your yard when dish water will do instead? Why drain your tub directly into the sewer system when there are thirsty plants right outside your door?

That’s the idea behind gray water reclamation — simply getting the most out of your water through reuse.

The water use in most homes has long been thought of in terms of clean white water coming in and sewage, or black water, going out. Gray water, as the name implies, is something in between. By most domestic definitions, gray water is tap water soiled by use in washing machines, tubs, showers and bathroom sinks. It’s not sanitary, but it’s also not toxic and generally disease free. Gray water reclamation is the process by which households make use of gray water’s potential instead of simply piping it into overburdened sewage systems with all the black water. END_OF_DOCUMENT_TOKEN_TO_BE_REPLACED

The style of water filter that you choose depends on your personal needs. Many people favor water bottles with the filter built in. Others choose a small hand filter that allows them to purify water as they pull it from the water source and dispense it into separate containers. If you have a water pack system that fits into your backpack, it’s possible to purchase a water filter system that coordinates with it.

How you decide what water filtering system will work best for your needs depends on a variety of factors. If you travel with youngsters and plan on filtering their water, you’ll probably want a separate hand filter. Many hikers like to add powdered drink mixes to their water. If you’re one of these hikers, you probably don’t want a water bottle filter. This way you can have separate drinking containers, one with your drink mix and the other with plain water. If you add drink mix to a water bottle filter, you won’t be able to drink or filter any water until the bottle is empty. END_OF_DOCUMENT_TOKEN_TO_BE_REPLACED