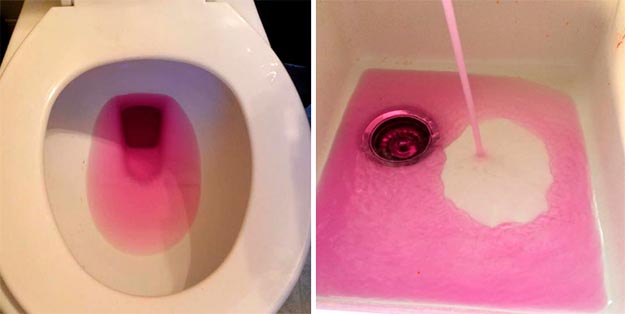 “The Town of Onoway sincerely apologises for any alarm this may have caused. We assure you our water is safe and Public Works is doing everything they can to abate the situation as quickly as possible,” the local council said in a press statement. END_OF_DOCUMENT_TOKEN_TO_BE_REPLACED

But observations over thousands of years, as well as countless modern experiments, have shown that the opposite is true – under carefully controlled conditions, hot water at times seems to freeze faster than cold water.

How is this possible? Well, that’s something that still has scientists baffled – in fact, they’re still struggling to prove the effect exists in the first place, as the first episode of Derek Muller’s new science channel, Sciencium, explains.

It turns out that freezing water is a lot more complicated than you might think. END_OF_DOCUMENT_TOKEN_TO_BE_REPLACED

Here’s What Happens When You Develop an Allergy to Water

All living creatures are dependent on water to live. When it comes to humans, our brains and hearts are composed of around 70 percent water, while our lungs contain a whopping 80 percent – even our bones are about 30 percent water. To survive, we need close to 2.4 litres daily on average, some of which we get from food.

But what happens if you’re allergic to water? That’s the case for a rare few, who have a condition called aquagenic urticaria. American teen, Alexandra Allen, was diagnosed with aquagenic urticaria in 2013 – her allergy to water means she has to limit her cleaning rituals to 5-minute cold showers twice a week, cut her hair short and became a vegetarian in order for her body to produce less oil.

“I’m told that someday, my throat might swell when I drink water, but if there’s one thing I’ve learned since getting this, it’s that we all have things to deal with in life,” she told People magazine in April. People with the condition restrict their eating of certain fruits and vegetables with high water content, and often opt for drinking diet soft-drinks instead of tea, coffee, or juice. END_OF_DOCUMENT_TOKEN_TO_BE_REPLACED 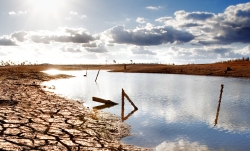 “This may not be the solution for large-scale desalination needed for cities like Brisbane, but should have a significant contribution in smaller towns like Dalby and Maleny, which have recently experienced extreme water shortages,” he said. END_OF_DOCUMENT_TOKEN_TO_BE_REPLACED

Thanks to the discovery of water trapped inside diamonds from deep underground, geologists are thinking our planet could have much more water inside than we ever knew.

Not only would this require a slight recalculation of the total amount of water our planet happens to hold, it would change how we model everything from the way heat moves through the crust to models predicting the frequency of earthquakes.

Researchers made the find by analysing the way X-rays diffracted through diamonds collected from southern Africa, China, Zaire, and Sierra Leone.

The water molecules found in these diamonds were squeezed into a solid form of ice, but they represent briny pools of liquid water that would be trapped in rocks far, far down – below a section of the mantle called the transition zone. END_OF_DOCUMENT_TOKEN_TO_BE_REPLACED