5 lessons for the future of water

Although it is difficult today to divert attention from the dramatic situation we live in, it is even more important to get closer to our primary needs. Recently, we celebrated World Water Day, and the timing couldn’t have been more appropriate to give to all of us the chance to rethink priorities and draw some lessons.

Without water, our lifespan would be 14 days. Our entire existence is closely dependent on one single, exhaustible resource. In a moment where we all feel vulnerable, and surprisingly dependent on more external systems than we imagined, life is reminding us of what makes us human, and where we should probably focus our attention. END_OF_DOCUMENT_TOKEN_TO_BE_REPLACED

With less than 1% of the world’s freshwater readily available for human consumption and demand expected to increase by 40% by 2030, effective governance and management of freshwater supplies is one of the most fundamental public goods challenges of our time.

Yet recent headlines about devastating wildfires and water shortages facing Australia, deadly flooding in Jakarta, and Chennai joining Cape Town and other cities in the struggle to avoid ‘Day Zero’ serve as just the latest reminders of how difficult a task this is becoming. END_OF_DOCUMENT_TOKEN_TO_BE_REPLACED

14 Its area is about 3.4 km² making it one of the largest lakes in the Faroe Islands.   Its peculiarity: at a certain angle, it seems to be perched in height and separated by at least 100 meters from the Atlantic Ocean. We present you this majestic lake. 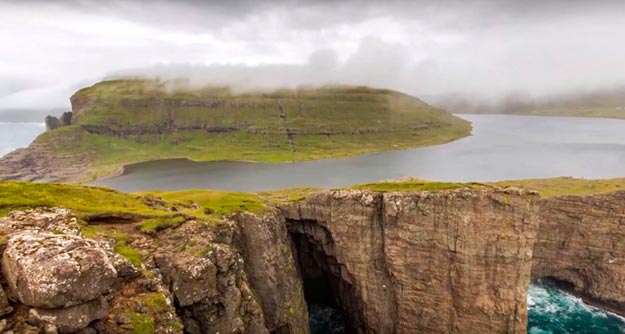 In fact, about 30 meters separate the waves of the ocean. The incredible distance to the ocean is in fact an optical illusion. The angle of the photograph gives the impression that the lake is at the same height as the cliff. END_OF_DOCUMENT_TOKEN_TO_BE_REPLACED 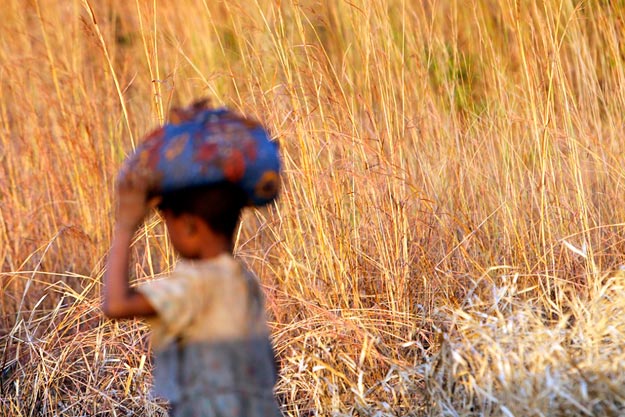 Presenting one small sliver of hope at this year’s Conference of the Parties, acting Assistant Secretary for the Bureau of Oceans and International Environmental and Scientific Affairs in the U.S. Department of State Judith Garber noted that though “the United States intends to withdraw at the earliest opportunity, we remain open to the possibility of rejoining at a later date under terms more favorable to the American people.” However, the overall picture remains bleak. END_OF_DOCUMENT_TOKEN_TO_BE_REPLACED

Most people assume that refugees are pushed to leave their homes because of violence and political conflict. While that is often the case, climate change and global water shortages play a much larger role in human migration than most realize. The UN’s 2016 World Water Development Report estimated that by 2050, around 200 million people could be displaced as a result of desertification, sea level rise and increased extreme weather events.

There is no denying that our planet is suffering from climate change, and that it affects us all. However, the most affected are always those living in more vulnerable areas – locations with arid or semi-arid climates, such as Africa and the Middle East. Every year, thousands of people are forced to leave their homes as a direct consequence of climate-related impediments to drinking water and food production. END_OF_DOCUMENT_TOKEN_TO_BE_REPLACED