Rain water collection is an easy way to encourage earth-friendly habits by incorporating green home design into any existing dwelling. Rain storage allows the homeowner to save money by recycling rainwater for use in the garden, filling a pond or washing the car. There is an almost endless variety of water barrels available for water harvest for houses using some form of green home design. 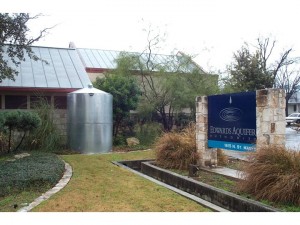 The average rain storm can fill a 55 gallon barrel in one hour and the water is free of chlorine and other chemical additives found in tap water. Vegetable gardens and fish in ponds love rain water. Water harvest provides free water for emergencies especially when water supplies are scarce due to drought. END_OF_DOCUMENT_TOKEN_TO_BE_REPLACED 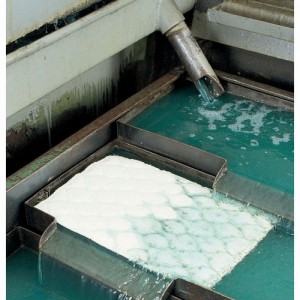 Climate change will affect water availability differently in Europe – likely a large decrease in Southern Europe, while an increase in the North. However, the largest increases will be felt where very few people actually live – above 60°N, whereas large populations will be affected by shortages. Indeed, if climate change can be thought of as another ‘consumer’ of water, in some countries it will be a larger consumer than current domestic, industrial and agricultural uses combined. END_OF_DOCUMENT_TOKEN_TO_BE_REPLACED

Eco-Cities, Sustainable Cities for the Future

In 2008 – for the first time in history – more than half of the world’s population; 3.3 billion will live in urban areas according to the UN. This was announced in a documentary entitled “Eco-Cities, Sustainable cities for the Future” which was launched by IUCN, International Union for Conservation of Nature – West Asia/Middle East Regional Office and Ministry of Environment during the Eco-Cities of the Mediterranean 2008 conference held in Jordan from 18-20 October, 2008.

This video sheds lights on the importance of the sustainable lifestyle in the cities concept and what does this concept mean, what we need it for, how this sustainability can be achieved. And the need to think about solutions for the pollution impact on the cities resulted by population big growth in the Mediterranean region. END_OF_DOCUMENT_TOKEN_TO_BE_REPLACED

The Mosi-oa-Tunya / Victoria Falls National Park contains one of the world’s most spectacular waterfalls. The falls and associated gorges are an outstanding example of river capture and the erosive forces of the water still continues to sculpture the hard basalts. The complex of conservation areas in Zimbabwe covers over 1,846,700 ha excluding forest reserves.

The park abuts Dambwa Forest Reserve in Zambia. The falls are the most significant feature of the park, and when the Zambezi is in full flood (usually February or March) they form the largest curtain of falling water in the world. During these months, over 500 million litres of water per minute go over the falls, which are 1,708 m wide, and drop 99 m at Rainbow Falls in Zambia. At low water in November flow can be reduced to around 10 million litres per minute, and the river is divided into a series of braided channels that descend in many separate falls. END_OF_DOCUMENT_TOKEN_TO_BE_REPLACED