Facts and figures about water and coastal ecosystems

Water bodies have attracted human settlements for thousands of years and, as a result of that draw, humans have altered not only coastlines, but also rivers, lakes and wetlands.

While coastal – and inland/freshwater – fishery harvests have continued to expand due to aquaculture, most of these ecosystems are stressed by overfishing, habitat loss and degradation, the introduction and presence of invasive species, pollution and the disruption of river flows by dams and other diversions. 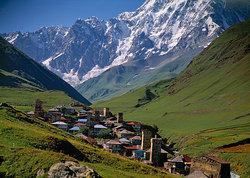 While attempts have been made to value ecosystems, these have remained poorly understood and complex in nature. The various uses of ecosystems – direct, indirect, and recreational among others – are many and at times hard to quantify.

Coastline estuaries are counted among some of the most productive ecosystems on the planet.

Coastal ecosystems such as coral reefs, estuaries, mangroves and sea-grass beds provide many goods and services including, but not limited to coastal protection, high species diversity tourism, biological cleaning, water purification, breeding and nursing grounds for commercial fish species and CO2 absorption.
However, these coastal ecosystems are endangered by numerous threats including tourism itself, untreated sewage and agricultural runoff, coastal pollution, sea-level rise and upstream agriculture and logging.

Climate change could potentially have negative effects on coastal ecosystems such as warmer water, reduction in the upswelling of nutrients, decreased growth in coral reefs and the submergence of low-lying coastal areas due to sea-level rise.