The History of Water Filters

The history of water filters is indelibly tied to the history of water, itself. As human industry has grown and water has become more contaminated, water filters have emerged over the centuries in response to the growing recognition of the need for pure, clean water to drink and the realization that such water does not occur naturally. 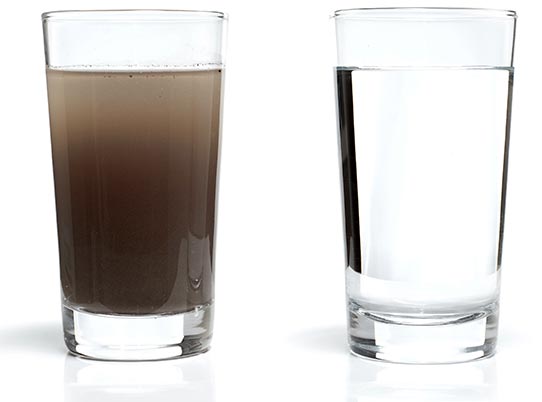 Water has greatly affected humanity and civilization for millennia. Because water is so absolutely vital to our body systems, we, as living beings, are entirely dependent upon water. In fact, this simple substance, more than any other factor, guided the formation of civilization. Early civilizations were clustered around water sources, and it was water that initiated the first substantial agriculture in the Fertile Crescent, leading to more complex and sedentary civilizations.

For centuries, water availability guided the type of foodstuff that could be grown in an area. Water was also the impetus and guiding force behind the first cross-cultural interactions. Early trade was completely dependent upon water, for transportation of goods and sustenance of people and animals.

Throughout the centuries, as technology developed, people have gradually gained more control of water. They have been able to transport water to arid lands, stop and redirect rivers, and even determine when, where, and how much rain will fall. Even with increased control of water resources, water still continues to dominate the political, economic, and social structure of all nations. This statement can be verified by looking at political struggles within the United States over water resources or throughout the Middle East over access to limited water. Concerning conflict in the Middle East, former World Bank Vice President Ismail Serageldin stated in 2000, “Many of the wars of this [20th] century were about oil, but the wars of the next century will be about water” (Smith, 2000).

In modern times, concerns over water quality remain supreme. Over the years, scientists have discovered more and more contaminants in fresh water sources, and these same scientists have noted a strong correlation between drinking water contamination and many significant health problems. Due to the rampant impurity of water and the crucial, physiological need for clean, fresh drinking water, several treatment alternatives have emerged throughout the history of water treatment. Water filtration, one of the more viable and prominent of these treatment alternatives, has something of a remarkable past. Historians believe that the use of water filters began more than 4000 years ago! In the next several pages, the fascinating history of water filters will be addressed. Read on to learn more about this interesting history.