Facts and figures about snow and ice

Land-based glaciers and permanent snow and ice cover approximately 680,000 km2 and are critical to many nations’ water resources. 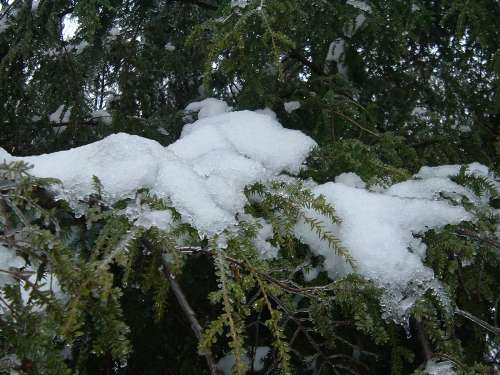 The vast majority (almost 90%) of Earth’s ice mass is in Antarctica, while the Greenland ice cap contains 10% of the total global ice mass.
About 75% of the world’s entire natural freshwater is contained within ice sheets and glaciers. However 97% is not considered to be a water resource as it is inaccessible, located in the Antarctic, Arctic and Greenland ice sheets.

The annual snowfall over the earth is estimated to be about 1.7×1013 tons, covering an area that varies from year to year between 100 and 126 million km2.

Underground ice resides in the areas of permafrost extending over north-east Europe, northern Asia, including the Arctic islands, northern Canada and the fringes of Greenland and Antarctica, as well as in the higher parts of South America. The total area of permafrost is about 21 million km2, some 14% of the land area. The depth of permafrost ranges from 400 to 650 metres and the volume of ice has been estimated to be 300,000 km3. However, this frozen water makes a very limited contribution to global water resources.

Freshly fallen snow is much lighter than water, because there is a lot of air between the flakes. In very dry areas, 1 cm of water will produce 20 cm of snow. In very moist areas, barely 6 cm of snow will melt down to 1 cm of water. Because it is compressed, there is less air between flakes in older snow and it contains much more water. Glaciers are formed from the compression of snow over many years.

The Greenland ice cap became so large over time (2.5 million km3) because more snow fell than melted. Over the millennia, as the snow got deeper, it compressed and became ice. The ice cap averages about 1,500 metres in thickness, but can be as thick as 4,300 metres. The ice is so heavy that the land below it has been pressed down into the shape of a bowl.

Snowfall can contribute a large percentage of a region’s total precipitation in temperate and cold climate regions. For example, in the western United States, Canada and Europe, 40% to 75% of regional precipitation can occur as snow.