As the 20th century progressed, more and more metropolitan areas in the world found it necessary to install water treatment plants in order to provide clean, healthy water to their residents. It became a general principle in the developed world that every person had the right to clean, pure water. There was no universal standard or definition for clean, pure water. Many city officials, as they noted the disinfecting power of chlorine, believed that providing disinfected, yet untreated, water to city residents was their only responsibility. 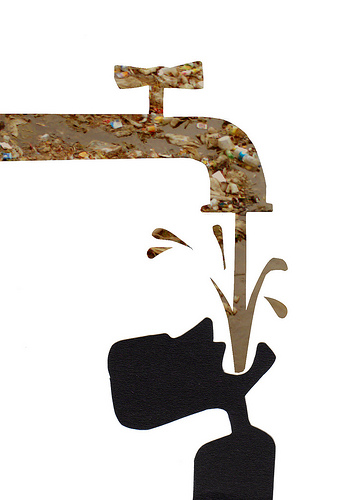 The Clean Water Act, like the discovery of the microscope and the disastrous effects of cholera and typhoid epidemics throughout the world, sparked renewed interest in water filtration. It became law that every city in the nation install a water treatment plant, and it became a national goal to have clean water, once more, by 1985 (Outwater, 1996).

Because industrial waste was viewed as the main culprit of contaminated water, industrial plants were the main targets of the law. Over the next few decades, the U.S. government expended billions of dollars in grants to industries to create environment-friendly waste management techniques. Cities were also given grant money to install water treatment plants. Eventually, the sludge in the rivers and water supplies of the nation began to disappear.