The 20th century, gone down in history, has handed down to the new century, along with outstanding discoveries, inventions and engineering advances, a set of challenges and troubles. 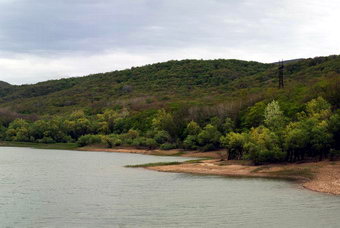 Problems related to fresh water resources and their protection from depletion and pollution are perhaps at the first place amongst other challenges.
Undoubtedly, it is necessary to call also issues of food supply for the global population, more than 200 countries in the world, and of adequate dwelling that, in turn, depend on settling of fresh water problems to a great extent. It is clear that the acuteness of problems called is not equal over continents and countries. It is obvious that it is the most critical in densely populated countries located in the southern hemisphere rather than in the northern one. At the same time, countries of African and Asian continents are at top of the list ranking countries according to the acuteness of these problems. However, the author does not consider this phenomenon here.

An ill-informed person may perceive problems related to fresh water resources as far-fetched ones. In fact, water resources on our planet are abundant and presented by different forms (liquid form, as well as in the form of ice, water vapor or soil moisture etc.), and by quality (fresh, brackish etc.). They have been sufficiently studied with respect to their quantitative proportion according to the following components: fresh waters (river flows, glaciers, and lakes), brackish waters (oceans, seas, brackish lakes, and groundwater), water vapor in the atmosphere etc. They are estimated in cu m or cu km1. If these amounts are presented by figures then we deal with a huge magnitude that is difficult for imagining in our mind. Let us take advantage of the comparison of relative volumes that allow, as if visually, differentiating them from each other.

Let us fancy all waters over the globe in the form of a football, and in this case a volume of all fresh waters (river flows, ice fields of Antarctica and the Arctic Ocean, fresh groundwater and lakes) can be presented as a small lemon (2.5 percent of the total volume). A mean annual discharge of all rivers over the globe amounts to about 40,000 cu km that equals a drop of water in comparison with the same “lemon”. At the same time, this “drop” is very irregularly distributed over continents and countries.

Moreover, it is irregularly distributed within separate countries due to the irregularity of river flow within the boundaries of river basin since the latter consist of, as a rule, zones of runoff formation, transit, and use, often including a delta zone.

For meeting its needs, the population uses mainly river water, fresh groundwater, and waters of fresh lakes for the time being. Other sources of fresh water over the globe are inaccessible for practical use. Deficit of fresh water available and potential for use was since ancient times, but became especially evident since the mid-20th century.