California is not the only state having difficulty with moisture, as cities in Texas — which have suffered from three years’ worth of drought themselves — continue to struggle to provide enough safe, fresh water for residents.

In fact, one of them, the north Texas city of Wichita Falls, is awaiting word from state officials for permission to reuse wastewater — including some from toilets — for drinking, The Associated Press reported. 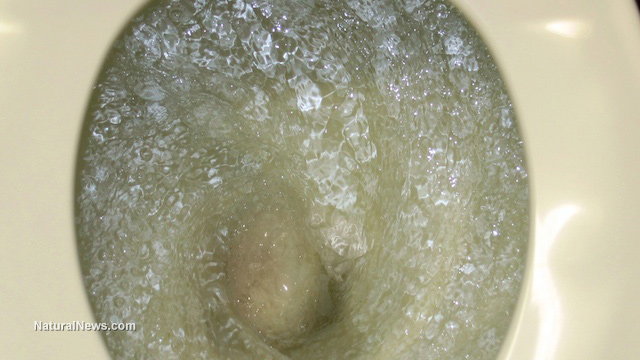 The city of about 104,000, located near the Oklahoma border, has not seen substantial rains for a couple of years; over the past three, rainfall in the area is about 34 inches below normal.

At the end of February, the city had recorded its driest 41-month period since records began to be kept in 1897, the AP reported.

Texas’ driest year on record was 2011; parts of the state continue to suffer from those dry times. Rainfall has been more plentiful in the eastern half of the state, however. When rain did fall in the west, the precipitation did not make it into the watersheds of lakes.

Conservative efforts by residents in Wichita Falls have cut water usage in half over the past year, according to Russell Schreiber, water utilities director for the city. But that only goes so far.

“The point is we’re trying to keep people with a viable supply of drinking water,” he said of both the conservation effort and the notion of using wastewater to augment short supplies.

But the wastewater idea actually came out of west Texas some three years ago, where a water supplier began building a wastewater reuse plant in a town ironically named Big Spring, some 235 miles south of Wichita Falls. The AP reported that similar plants have been up and running for years in other historically dry parts of the country, like Tucson, Ariz., and parts of California (as well as in other countries).

A century ago, the average American used only about 10 gallons of water a day to drink, cook, clean, and bathe. Today, Americans use 100 gallons a day per person on average, causing stresses on our sources of drinking water.

The EPA — like all government agencies — thinks the answer to cut usage is to raise prices (at a time when so many other government-caused mandates, rules and laws are creating record revenues for Uncle Sam).

As for Wichita Falls, Schreiber says reusing wastewater will save a third of residents’ daily usage. Fifty percent of the water would be taken from toilets, dish washers and clothes washers, sinks, baths and showers.

Not all residents are crazy about the idea.

“Honestly, would anyone be OK drinking potty water?” asked House of Flowers owner Karen Gibson, according to AP. “For my plants, that would be no problem. That would be a fertilizer, so to speak. I don’t think it could be any good for anybody” to drink, she added.

Cloud-seeding has also been tried

Andrew Morrow, a spokeswoman for the Texas Commission on Environmental Quality, said her agency has 30 days from receiving a complete testing report to make a decision about moving ahead. The city submitted its testing report March 28; if approved, it will become the second city in Texas after Big Spring’s Colorado River Municipal Water District, to begin reusing wastewater. Big Spring started using it last May.

More from the AP:

If approved by state regulators, the re-use project will blend the wastewater with 50 percent from the city’s two reservoirs — Lake Arrowhead and Lake Kickapoo — in a four-step treatment method. The lakes were a combined 26 percent full April 7.

Other methods are being tried in order to “produce” rain. One is cloud-seeding.

Schreiber said one such operation, in which a plane fired salt-based flares into the sky recently, brought 3 inches of rain to some areas around the city. But much of the precipitation missed the lakes’ watersheds.