Soon Our Phones Will Be Telling Us to Drink More Water 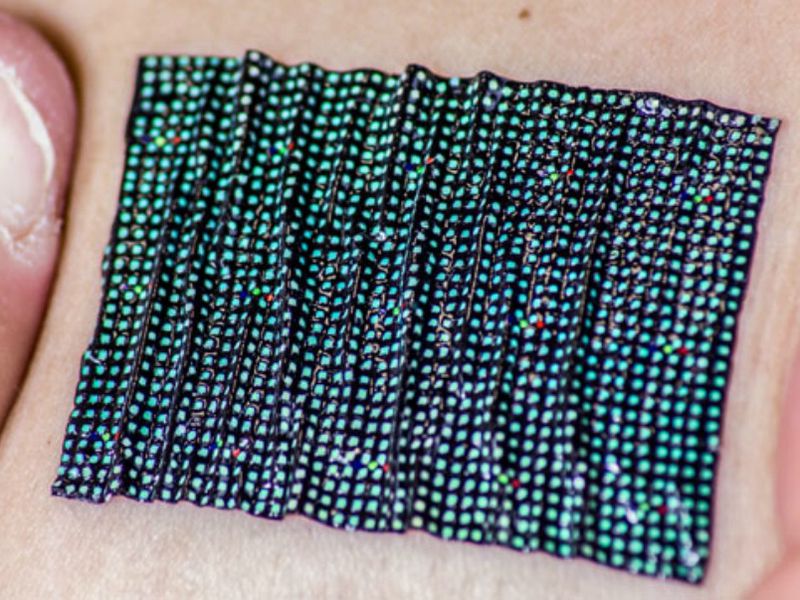 You don’t actually need to drink eight glasses of water a day. But, dehydration can have serious consequences—from kidney failure to brain swelling.

Hydration is the new frontier in the health tracker world. Researchers and young innovators are exploring a range of different approaches to tracking hydration—from sensor-packed patches to smart water bottles—hoping theirs will be the one that prevails as we head into a future of hotter summers and longer heat waves.

Here are some of the possibilities, many of which will be able to communicate with our smartphones:

Seeing through skin: Two young scientists from Stanford’s Graduate School of Business are developing a device that can help move health trackers beyond the level of counting steps and heartbeats. At their small startup, Echo Labs, they have created a prototype wristband that uses optic signals, or light, to see through skin to measure not just a person’s hydration levels, but also their oxygen, carbon dioxide, PH and blood pressure levels. The challenge of using optic sensors to read blood is what’s known as “noise,”—interference from outside factors, such as light, movement and even skin color. But the inventors, Pierre-Jean Cobut and Elad Ferber, say they’ve created an algorithm that can rule out the noise, even if a person is running outside. Several health companies have reportedly expressed interest in the technology.

Painless needles: Researchers at Sandia National Laboratories have created a small device that can be worn on a wristband and uses tiny needles that measure the liquid between skin cells. It sounds painful, but it’s not at all, because the needles are so small that they don’t cause pain reactions from nerves when they penetrate the skin. The device can analyze a person’s electrolyte levels on the spot. The scientists believe the wearable can be upgraded so that eventually some of the needles will make a reading and, if more electrolytes are needed, other needles will supply them.

Sweat check: At the University of Strathclyde in Scotland, researchers have developed a small wearable pad with sensors that can analyze electrolyte levels in a person’s sweat and, if they’re too low, send an alert to the person’s smartphone. Though its main market would likely be athletes and fitness enthusiasts, the inventors say it could also be used by the elderly as an everyday means to monitoring their hydration.

Color change: A team of researchers from Northwestern University and the University of Illinois at Urbana-Champaign has taken yet another approach. They’ve designed a small wearable pad that measures temperature changes on a user’s skin, and from that, it can detect the individual’s blood flow rate and skin hydration levels. The device is actually an array of up to 3,600 tiny liquid crystals spread over a thin, soft, stretchable surface. When a crystal senses a temperature change, it changes color; if the change is significant, the whole pad could change color, alerting the person wearing it that something may be awry.

Electronic stamps: A device described as an “adhesive electronic stamp” has been invented by scientists at Ecole Polytechnique Federale de Lausanne in Switzerland. As water molecules from sweat pass through the stamp, their electrical charge triggers the sensor, and that makes it possible to detect the pH balance of the fluid. From that, the adhesive patch can analyze the wearer’s hydration level.

When bottles glow: Of course, you can forget about wristbands and adhesive patches and just let your water bottle tell you when you need to take a drink. A new product called HidrateMe, developed at the University of Minnesota, is a bottle that glows when it’s time to take a big swig. Using a smartphone app, it calculates the user’s optimal rate of water consumption based on height, weight and level of physical activities, plus the elevation and weather. If you fall behind in your recommended drinking pace, the bottle starts glowing to remind you it’s time for a water break.

Sending a hug: A device, called The Hug, is basically a bracelet that fits around a water bottle and keeps track of how much water a person has consumed. The information is sent via Bluetooth to a mobile app that lets the user know when to drink to keep up with daily goals, based on the individual’s weight, height and sex, as well as the temperature. The Hug sensor also has accelerometers that determine how much someone is drinking, based on the water bottle’s movements; its algorithms, in fact, can determine whether the user is taking a drink or just swinging the water bottle around.

Checking your breath: Finally, there’s Mint, an app unveiled earlier this year at the Consumer Electronics Show by a company called Breathometer, Inc. Breathe into the Mint disc and it not only analyzes the quality of your breath, but it also has a hydration sensor that measures moisture in your mouth tissues.