A fear of dying plays a role in people buying bottled water, even though they know it may not be good for them or the planet, a study from the University of Waterloo has found. 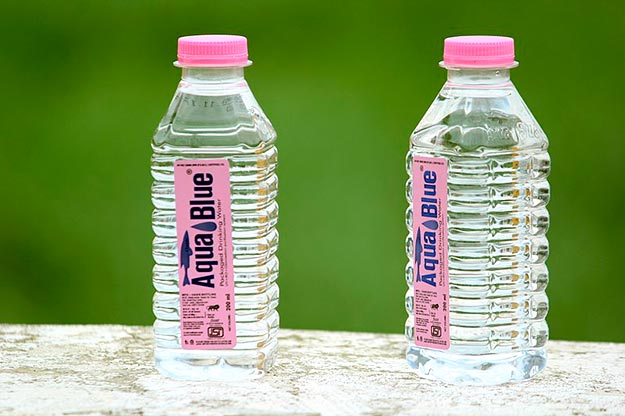 The study suggests that most bottled-water advertising campaigns target a deep psychological vulnerability in humans, compelling them to buy and consume particular products. Bottled water ads specifically trigger our most subconscious fear — driving Canadians to buy billions of litres of water annually.

“Bottled water advertisements play on our greatest fears in two important ways,” says Stephanie Cote, who conducted the research while a graduate student at Waterloo. “Our mortality fears make us want to avoid risks and, for many people, bottled water seems safer somehow, purer or controlled.

“There is also a deeper subconscious force at work here, one that caters to our desire for immortality.”

In 2013, according to a report by Euromonitor, Canadians bought 2.4 billion liters of bottled water. In 2018, that amount is expected to rise to three billion liters worth CAD$3.3 billion, despite ongoing and energetic anti-bottled water campaigns.

The study used social psychology’s Terror Management Theory (TMT) as its framework. TMT researchers argue that people’s efforts to repress conscious and unconscious fear of death generates specific defenses that influence behaviours such as consumption choices, the accumulation of wealth, and status security.

“Our results demonstrate that corporate campaigns appeal to people who measure their personal value by their physical appearance, fitness levels, material and financial wealth, class, and status,” said Sarah Wolfe, a researcher in Waterloo’s Faculty of Environment. “Pro-bottle water advertisements rely heavily on branding, celebrity, and feel-good emotions that trigger our group identities and patriotism.

“If public and non-governmental organizations were interested in promoting the benefits of municipal drinking water systems, they’re going to need to use new tactics that are emotionally stirring and speak to more than just the financial, ethical and environmental benefits of tap water.”