The narrow and mechanistic way in which modern science tends to investigate and explain life, the world, and human health has robbed generations of people of a true knowledge of how these things actually work. In an up-and-coming new book Blinded by Science, author Matthew Silverstone explores how vibrational energy, water, magnetism, and plants all play a crucial role in health, and how the Western scientific method as we know it has utterly failed to grasp the critical connection between the natural world and real health. 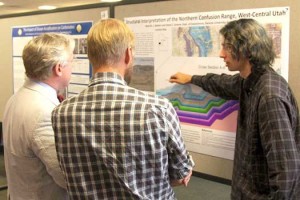 The field of modern medicine has been largely reduced to nothing more than a type of reactionary, drug-input system where only synthetic chemicals that induce a specific and narrowly-measurable response are considered scientifically valid. Trees, plants, water, sunlight — these and many other natural features of the world are ignored in favor of a “scientific method” that is not only biased but inherently flawed. And yet, it is the simple things in nature that have everything to do with promoting health.

In his book, Silverstone shares countless hours of research on ideas like vibrational energy, which is found in everything from plants and trees, to the sun and the entire universe. Even at the atomic level, electrons are constantly moving as they spin around nuclei. And understanding this inherent vibrational reality that exists all around us will help explain various unknown phenomena, including inexplicable health conditions, that modern science is incapable of truly explaining.

Blinded by Science addresses these and many other fascinating concepts that will revolutionize the way you see the world around you. But the even greater thing about the book is that it is part of a “Book 2.0” project where readers can participate in the writing of the final version.

As you download and read one chapter at a time, you will gain access to a forum where you can submit comments and feedback on that chapter, and thus open up access to the other chapters. Not only will your ideas be considered and potentially included in the final release of the book, but you may even earn a co-author spot in the book’s credits.