The small electric motor was probably revolutionary than the electric light bulb; people could get light from gas or candles, but the motor led to the development of fans and home appliances, and changed the way factories were designed and goods were produced. But before there was universal delivery of electricity, there was tap water, and Kris De Decker of Low-Tech Magazine describes how water-powered motors did many of the same tasks. 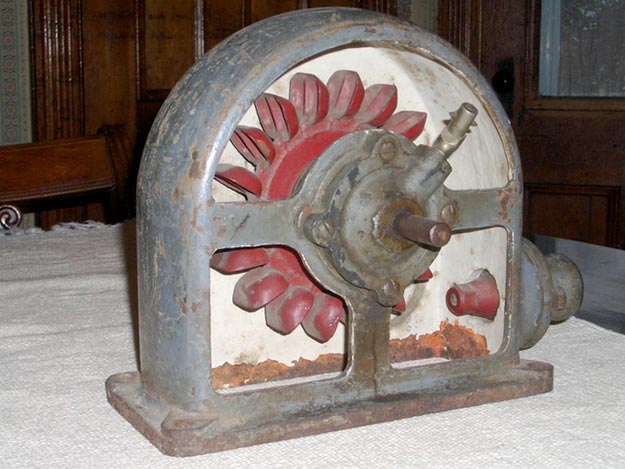 In Europe, small motors using the public water supply appeared in the 1840s. In the US, they came into extensive use in the 1870s and 1880s. A water motor consisted of a small water turbine that was suspended in a metal casing. The diameter of the turbine runner could be anywhere between from 20 to 90 cm. END_OF_DOCUMENT_TOKEN_TO_BE_REPLACED