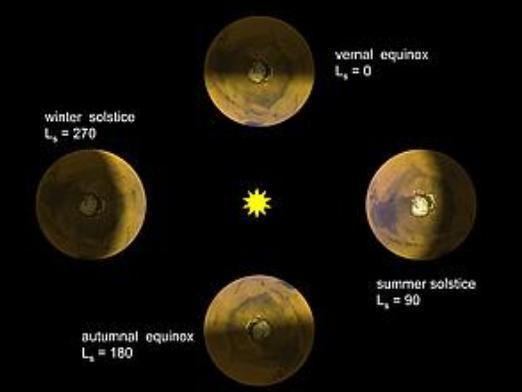 The atmosphere of Mars is cold and rarefied, like the Earth atmosphere at high altitudes. Under such conditions, there is no liquid water, but rather clouds consisting of tiny ice crystals. On Earth, such clouds — called “feathery” — are formed at 6 kilometers above the surface. As the ice crystals are rather heavy, the bulk of the water is contained in the lower atmospheric layer, approximately 60 kilometers thick. However, the data obtained from the U.S. satellite MAVEN (short for “Mars Atmosphere and Volatile EvolutioN”) and the Hubble Space Telescope evidences a periodic stream of hydrogen atoms escaping the planet. Their only source may be water dissociating into oxygen and hydrogen in the upper atmospheric layers (70-80 kilometers from the ground) as a result of exposure to ultraviolet radiation. END_OF_DOCUMENT_TOKEN_TO_BE_REPLACED