In the atmosphere of an exoplanet just 111 light-years away, astronomers have just made a highly exciting discovery: they’ve detected water.

As much as 50 percent of the atmosphere of K2-18b could be water vapour. But unlike other giant exoplanets on which atmospheric water has been detected, K2-18b is a super-Earth. It could be rocky, like Earth, Mars and Venus. 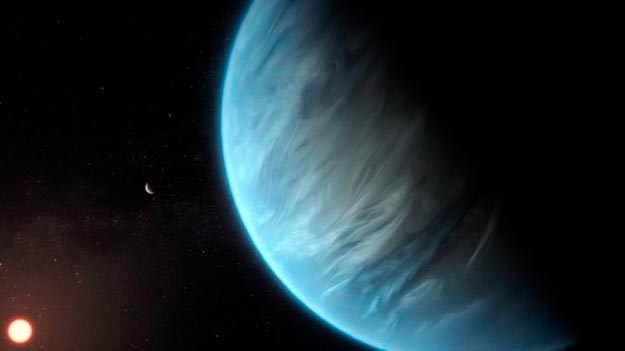