Neville Spiteri: Breath is life, and we owe it to the oceans

The Blu is a global mission to create an ocean on the web as a shared media experience. It is a beautiful interactive online world, where every species and habitat is a unique work of art created by digital artists and developers from around the world. The Blu is a geo-social web application, where people connect across the Internet and explore a vast ocean on the web. 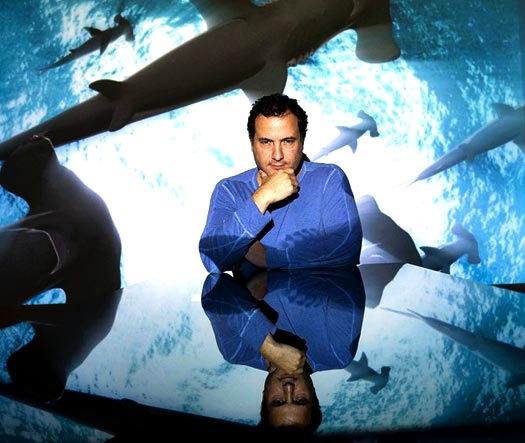 The Blu is not a game, animated movie, or a social media site. Having said that, it does fuse elements from all three media types into a new form of entertainment. Inspired by artistic expression and the global collaborative potential of the Internet, the Blu is the first example of what we refer to as “globally shared media and storytelling”.

My co-founder Scott Yara and I have been thinking about building a digital studio and “globally shared media” for about ten years now. We tried it ten years ago, but it was too early. I founded the company 2 years ago, and when Scott rejoined me last year, we decided that now was absolutely the right time to kick off the Blu. 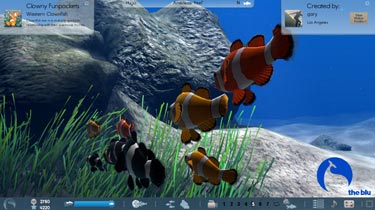 We are currently in the invitation-only private beta phase. We have thousands of beta users already, and are inviting more users every day. We already people participating from over 40 countries. In the upcoming version, you will be able to login with your Facebook account and share with your friends.

Several prominent artists are involved, including Andy Jones, Academy Award winner for Avatar, and Kevin Mack, Academy Award winner for What Dreams May Come. Equally important, several student artists are also getting involved. We have joint programs with the MIT Media Lab, USC School of Cinematic Arts, and Carnegie Melon ETC, and these are spreading around the world.

I am involved in every aspect of the design and creation process of the Blu, but I have not submitted my own 3D species yet!

A user can participate simply by diving in and exploring the beautiful underwater world. You can collect species and connect with other people around the world. You can also become a Maker and create assets for the Blu. To do this, simply click on the “Become a Maker” button on the homepage. 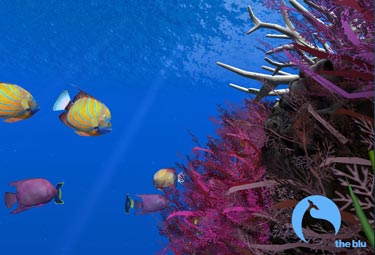 There are millions of species in the ocean, most of which have not even been discovered yet, but there are about 380,000 known, catalogued species, according to public domain scientific databases like WoRMS (World Registry of Marine Species).

We are starting with these. Yes, it is possible to create and depict this number of creatures, thanks to the collaboration of makers from around the world. Just like with Wikipedia…

People tend to regard the oceans rather indifferently, thinking “out of sight, out of mind”. As Louie Psihoyos, Academy Award winning director of The Cove, Executive Director of the Oceanic Preservation Society and member of the Blu’s advisory board said, “The Blu is a fantastic way to explore the seas, without ever getting wet”. You must know about something before you can care about it.

Human irresponsibility and self-centeredness are killing the oceans. The BP oil spill was a disaster waiting to happen, due to people going too far, without having the requisite understanding and awareness.

I have not seen the Great Garbage Patch with my own eyes. However, I have spoken directly to people I trust, who have seen clear evidence of disturbing levels of plastic pollution in the Pacific Ocean. I also know some very smart people, who are bringing irrefutable evidence to bear on the situation regarding plastic in our oceans. Incidentally, myths are sometimes more valuable than facts. 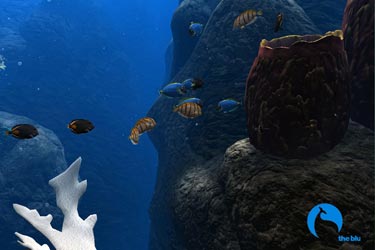 Water is precious. We are mostly made up of water, as is the planet we inhabit. Everyone can contribute by increasing their awareness and respect for the central place water has in our lives, which can only help the oceans.

My personal water conservation rule: I do everything in moderation.

If invited to a classroom to speak to elementary school children about water conservation and the ocean, I would tell them one thing. Breath is life, and we owe it to the oceans.

As far as this is concerned, we don’t live in the US, in Russia, Africa or South-East Asia. We live on Planet Earth, which many have aptly suggested ought to be called Planet Ocean.
Links