Fact or Fiction? You Must Drink 8 Glasses of Water Daily

Virtually every health-conscious person can quote the recommendation: Drink at least eight eight-ounce glasses of water per day. Other beverages—coffee, tea, soda, beer, even orange juice—don’t count. Watermelon? Not a chance. 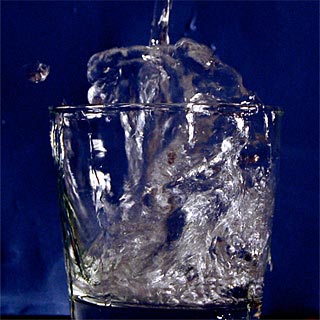 There’s no denying that water is good for you, but does everyone really need to drink 64 ounces or more every day? According to Heinz Valtin, a retired professor of physiology from Dartmouth Medical School who specialized in kidney research and spent 45 years studying the biological system that keeps the water in our bodies in balance, the answer is no.

Valtin says that for people who have specific health concerns, such as kidney stones or a tendency to develop urinary tract infections, drinking lots of water can be beneficial. But after an extensive search in 2002 for the origins of what is commonly referred to as the “8 x 8” guideline and a review of associated health claims, he reports finding no scientific evidence supporting the notion that healthy individuals need to consume large quantities of water. In 2008 Dan Negoianu and Stanley Goldfarb reviewed the evidence for the Journal of the American Society of Nephrology. They came to a similar conclusion: “There is no clear evidence of benefit from drinking increased amounts of water.”

In fact, Valtin found that the 8 x 8 guideline may have originated from a misunderstanding. In 1945 the Food and Nutrition Board, now part of the National Academy of Sciences’s Institute of Medicine, suggested that a person consume one milliliter of water (about one fifth of a teaspoon) for each calorie of food. The math is pretty simple: A daily diet of around 1,900 calories would dictate the consumption of 1,900 milliliters of water, an amount remarkably close to 64 ounces. But many dieticians and other people failed to notice a critical point: namely, that much of the daily need for water could be met by the water content found in food.

The Board revisited the question of water consumption in 2004. Its panel on “dietary preference intakes for electrolytes and water” noted that women who appear adequately hydrated consume about 91 ounces (2.7 liters) of water a day and men about 125 ounces (3.7 liters). These seemingly large quantities come from a variety of sources—including coffee, tea, milk, soda, juice, fruits, vegetables and other foods. Instead of recommending how much extra water a person should drink to maintain health, the panel simply concluded that “the vast majority of healthy people adequately meet their daily hydration needs by letting thirst be their guide.”