The scale of the water problem 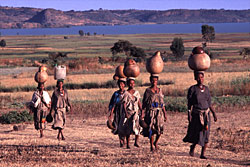 “Already, corporations own or operate water systems across the globe that bring in about $200 billion a year. Yet they serve only about 7 percent of the world’s population, leaving a potentially vast market untapped.”