Islam about the waters and an attitude to the water

Before direct reviewing of sources – holy books of Muslims (the Quran and Hadiths), let us present some opinions of famous scientists about Islam as the religion and doctrine. 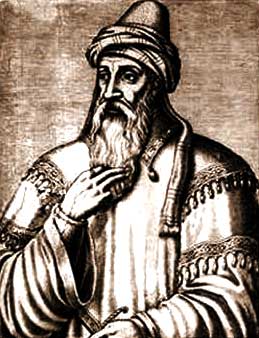 One of outstanding orientalists in the 20th century, E. von Grunebaum said: “Even an atheist considers that if this is not a miracle then, at least, the extraordinary fact that on the basis of such a small foundation as the population and civilization of pagan Central and Northern Arabia, such a majestic and splendidly-built structure could arise. This structure has gained the vitality and force for transforming from a religion clan having the merely national nature into the cultural community that was both religious and international one, and at the same time, has kept the entitlement for existence and the status of State.”*
Historians and orientalists always took an interest in causes of the dissemination of Islam as a major religion over vast territories of the Arabic territorial expansion under ruling of Caliphs and ousting of local religions. For example, prior to the conquest of Mavoraunakhr (in Arabic language: a territory beyond a river – bearing in mind the Amu Darya) there were Judaism, Christianity, Zoroastrianism, Buddhism, and Shamanism. The famous Russian orientalist V. Bartold wrote: “A Christian has to forget himself for the sake of God and his neighbor in order to meet the requirements of his belief; according to his religion, a Muslim should not forget neither God nor his neighbor among his activities, and also he has to pray at the proper time and give up part of his property to the poor.”

Sanjar Jabbarov, in his book mentioned above, quotes the following statement of the famous Muslim scientist, the Rector of the Al-Azhar University, Sheikh Mahmud Shaltut: “Islam is not only a religion, like some people mistakenly think… On the contrary, Islam is universal according to its nature, it not only establishes relations between a man and the Creator, but also prescribes the rules that regulate relations among people and activity of the public importance for the purpose of providing welfare of all society.” Commenting on this quote, Sanjar Jabbarov highlights the following aspect: “High moral merits, especially the provisions concerning relations among people and forming the base of all moral behavior in the new religion, especially in its legislative norms, which have the religious nature and are the most important components of its ethic system.”

In this context, our intention to specify moral and ethic aspects and norms set forth in the Shariah laws and other sources of Islam in the
field of water use, water resources management and protection was stimulated, on the one hand, by search of the ways to intensify the human factor in the process of tackling the complicated tasks in the water sector, and, on the other hand, by our wish to attract attention of lawyers, philosophers and other professionals to this problem.

* Sanjar Jabbarov. The Shariat, Family и Customary Laws in Uzbekistan: History and Contemporaneity, Тashkent, «FAN», 1996 (a quotation from this source)