Facts and figures about urban water

Today, half of the world’s population lives in urban centres, compared to less than 15% in 1900.

Human population growth and the expansion of economic activities are collectively placing huge demands on coastal and freshwater ecosystems. Water withdrawals, for instance, have increased sixfold since the 1900s, which is twice the rate of population growth. 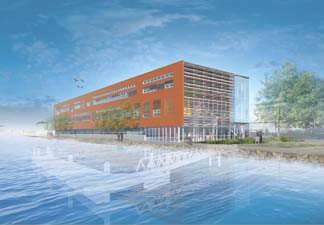 In most urban areas in low- and middle-income countries, between 25% and 50% of the population lacks provision for water and sanitation of a quality that greatly reduces the risk of human contamination with faecal-oral pathogens.
As the urban population increases, many major cities have had to draw freshwater from increasingly distant watersheds, as local surface and groundwater sources no longer meet the demand for water, or as they become depleted or polluted.

In 2000, more than 900 million urban dwellers (nearly a third of all urban dwellers worldwide) lived in slums. A slum dweller may only have 5 to 10 litres per day at his or her disposal. A middle- or high-income household in the same city, however, may use some 50 to 150 litres per day, if not more.

In many places of the world, a staggering 30 to 40% of water or more goes unaccounted for due to water leakages in pipes and canals and illegal tapping.

An analysis of provision for water and sanitation in urban areas of different sizes in 43 low- and middle-income nations showed that in almost every case, the smaller the size-class for urban centres, the worse the provision. It was found that the percentage of households with piped or well water on the premises or with flush toilets generally declined with city size, and that generally the worst served urban populations were those in urban centres with fewer than 100,000 inhabitants.