Facts about water and agriculture

Developed countries account for a quarter of the world’s irrigated area (67 million hectares). Annual growth of irrigated area peaked 3% in the 1970s and dropped down to only 0.2% in the 1990s 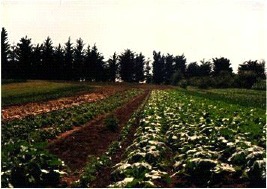 In Asia, almost 84% of the water withdrawal is used for agricultural purposes, compared to 71% for the world

In Africa, about 85% of water withdrawals are directed towards agriculture but this figure varies considerably from one region to another:

– Arid regions, where irrigation plays an important role in agriculture, have the highest level of water withdrawal for agriculture;

– The Northern region alone represents more than half of the agricultural withdrawal of the continent;

– The humid regions show the lowest agricultural withdrawals: 62% for the Gulf of Guinea and 43% for the Central region