A recent breakthrough in desalination technology has led to the development of a new method for removing the salts from seawater, one nanoliter at a time. 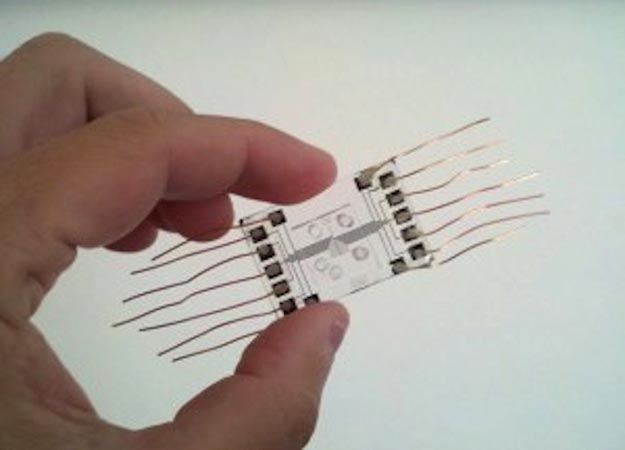 Our limited supply of fresh water is in high demand, and as we try to cope with “peak water”, one of the strategies is to work toward making desalination technology more efficient, cheaper, and less energy-intensive. Having an affordable, simple, and effective way to turn seawater or other briny water sources into clean drinking water could mean the difference between life and death in many parts of the world.

Desalination methods are available, but getting them up and running takes a lot of money and energy, so for places with access to abundant seawater, yet without the necessary funds or energy infrastructure to build or run desalination plants, new methods of desalination are called for.

Thanks to the work of chemists at the University of Texas at Austin and the University of Marburg in Germany, a promising new technology for desalination is being developed, one that could eventually be used in simple, portable, low-energy devices.

“People are dying because of a lack of freshwater. And they’ll continue to do so until there is some kind of breakthrough, and that is what we are hoping our technology will represent.” – Tony Frudakis, founder and CEO of Okeanos Technologies

The new method uses a “water chip” and a small electrical field to separate the salts from the seawater:

“To achieve desalination, the researchers apply a small voltage (3.0 volts) to a plastic chip filled with seawater. The chip contains a microchannel with two branches. At the junction of the channel an embedded electrode neutralizes some of the chloride ions in seawater to create an “ion depletion zone” that increases the local electric field compared with the rest of the channel. This change in the electric field is sufficient to redirect salts into one branch, allowing desalinated water to pass through the other branch.” – UT Austin

While the new method currently only removes about 25% of the salts from the water, the researchers believe that further work will lead to achieving a 99% removal rate, which is necessary for producing drinking water. And though the prototype device only produces nanoliters of clean water right now, the team is confident that the process can be successfully scaled up to levels capable of providing viable amounts of water for an individual or household.