The results of a new study led by George Washington University Professor Tianshu Li provide direct computational evidence that nucleation of ice in small droplets is strongly size-dependent, an important conclusion in understanding water’s behavior at the nanoscale. The formation of ice at the nanoscale is a challenging, basic scientific research question whose answer also has important implications for climate research and other fields. 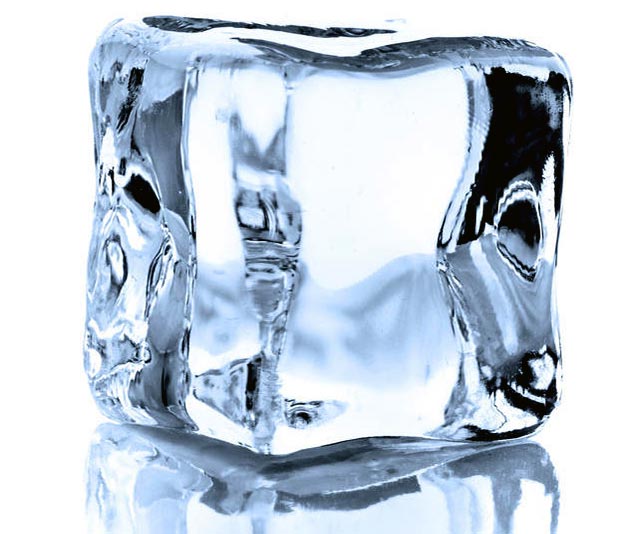 Ice cube (stock image). According to a new study, nucleation of ice in small droplets is strongly size-dependent, an important conclusion in understanding water’s behavior at the nanoscale.

The crystallization of ice from supercooled water is generally initiated by a process called nucleation. Because of the speed and size of nucleation — it occurs within nanoseconds and nanometers — probing it by experiment or simulation is a major challenge.

By using an advanced simulation method, Dr. Li and his collaborators, Davide Donadio of Germany’s Max Planck Institute for Polymer Research, and Giulia Galli, a professor of chemistry and physics at the University of California, Davis, were able to demonstrate that nucleation of ice is substantially suppressed in nano-sized water droplets. Their paper, “Ice nucleation at the nanoscale probes no man’s land of water,” was published today in the journal Nature Communications.

“A current challenge for scientists is to unveil water’s behaviors below -35 degrees Celsius and above -123 degrees Celsius, a temperature range that chemists call ‘no man’s land,’ ” said Dr. Li, a professor of civil and environmental engineering at the George Washington University School of Engineering and Applied Science. “Fast ice crystallization can hardly be avoided at such low temperatures, so maintaining water in a liquid state is a major experimental challenge.”

Since the frequency of ice nucleation scales with the volume of water, one of the strategies for overcoming this kinetic barrier is to reduce the volume of water. However, this raises the question of whether water at the nanoscale can still be regarded as equivalent to bulk water, and if not, where that boundary would be.
The team’s results answer this question. By showing that the ice nucleation rate at the nanoscale can be several orders of magnitude smaller than that of bulk water, they demonstrate that water at such a small scale can no longer be considered bulk water.

“We also predict where this boundary would reside at various temperatures,” Dr. Li said. The boundary refers to the size of the droplet where the difference vanishes. The team’s findings will help with the interpretation of molecular beam experiments and set the guidelines for experiments that probe the ‘no man’s land’ of water.
The results are also of importance in atmospheric science, as they may improve the climate model of the formation of ice clouds in upper troposphere, which effectively scatter incoming solar radiation and prevent earth from becoming overheated by the sun.

The results have important implications in climate control research, too. One of the current debates is whether the formation of ice occurs near the surface or within the micrometer-sized droplets suspended in clouds. If it is the former, effective engineering approaches may be able to be taken to tune the surface tension of water so that the ice crystallization rate can be controlled.

“Our results, indeed, support the hypothesis of surface crystallization of ice in microscopic water droplets,” Dr. Li said. “Obtaining the direct evidence is our next step.”