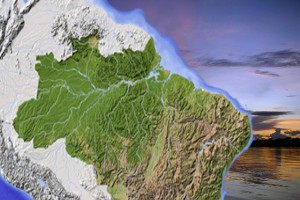 When most people think of conservation in the Amazon, images of rainforests – burned and bulldozed for cattle pastures and plantations – come to mind.

And, indeed, in the past two decades some 325,000 square kilometers of rainforest in the region have been lost. Fewer of us remember that the largest river system in the world originates in the towering Andes and the more modest elevations of the Brazilian and Guiana Shields.

Water flowing through the Amazon Basin nourishes millions of people and innumerable and incredible diverse species of wildlife. Covering nearly 40 percent of South America, these waters exceed in volume the world’s next six largest rivers combined.

Threats to the Amazon come not only from deforestation, but also from dams, roads, human-induced climate change, gold mining, petroleum extraction, shipping and the unplanned growth of cities, whose expanding populations consume more and more of the Amazon River’s resources.

There is a crucial link between the river and those who live in the Amazon. From rural fishermen and indigenous people to villagers and urban inhabitants in cities like Iquitos, Peru and Manaus, Brazil, as many as 20 million people depend on the Amazon for clean drinking water, transportation along its network of rivers, subsistence and commercial fisheries, and water for agriculture.

Although extractives like oil and rubber have long attracted industry to the Amazon Basin, fish is the most important resource there.

In the Basin you will find some of the largest freshwater species in the world, including the giant pirarucu, which can grow to nine feet and weigh 300 pounds, and many species that evolved with flooded rainforests to feed on fruits and other tree-borne foods. 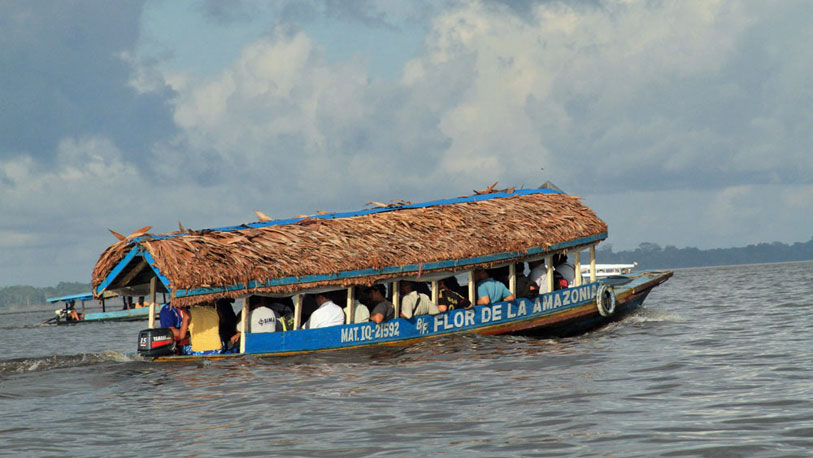 Fish are the critical link between the environmental health of rivers and wetlands and the livelihoods of millions of people. Because they are highly sensitive to changes in water levels, chemistry, and sediment levels, fish are the best indicators of the overall health of the Amazon River system and link its habitats ecologically.

A combination of infrastructure development and climate change could disrupt the natural signals, water quality, and habitats upon which migratory fish depend. All of these activities can now be seen in the western Amazon.

Through its Amazon Waters initiative, the Wildlife Conservation Society is working with an array of stakeholders to develop a shared vision for the Amazon that recognizes the value of fisheries, wildlife, and their aquatic habitats, as well as the need to manage these resources sustainably in a way that contributes to the quality of life of people throughout the basin.

That vision may yet protect a fantastic array of aquatic species found in the Amazon’s waters: the black caiman – at nine to fourteen feet, the basin’s largest predator; the giant Amazonian river turtle, weighing up to 200 pounds and now threatened by poaching and habitat loss; and large catfish such as the dorado traveling upriver from freshwaters along the Atlantic coast all the way to the Andes – a nearly 4,000 kilometer trip and the longest freshwater fish migration.

Without healthy aquatic habitats, this unique wildlife could become as fleeting a memory as the rainforests that once grew so bountifully before the burning and bulldozing set in.