At the international level, water conflicts among countries dominate the headlines. But within countries it is the competition for water between cities and farms that preoccupies political leaders. Neither economics nor politics favors farmers. They almost always lose out to cities. 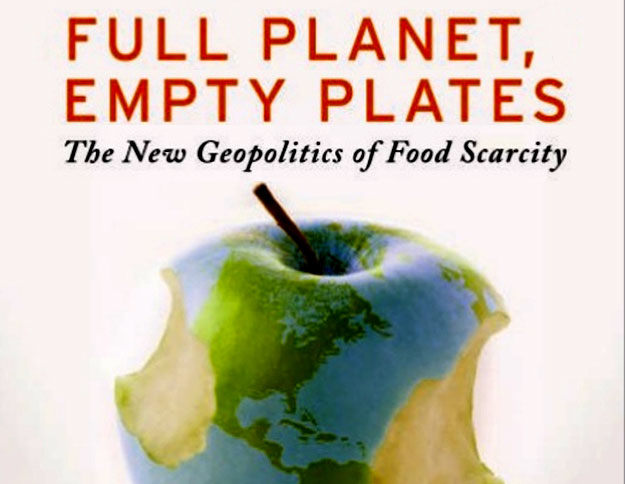 Indeed, in many countries farmers now face not only a shrinking water supply but also a shrinking share of that shrinking supply. In large areas of the United States, such as the southern Great Plains and the Southwest, virtually all water is now spoken for. The growing water needs of major cities and thousands of small towns often can be satisfied only by taking water from agriculture. As the value of water rises, more farmers are selling their irrigation rights to cities, letting their land dry up.In the western United States, hardly a day goes by without the announcement of a new sale. Half or more of all sales are by individual farmers or their irrigation districts to cities and municipalities. The risk is that now-productive land will turn back into desert.

Colorado, with a fast-growing population, has one of the world’s most active water markets. Cities and towns of all sizes are buying irrigation water rights from farmers and ranchers. In the Arkansas River basin, which occupies the southeastern quarter of the state, Colorado Springs and Aurora (a suburb of Denver) have already bought water rights to one third of the basin’s farmland. Aurora has purchased rights to water that was once used to irrigate 19,000 acres of cropland in the Arkansas valley. The U.S. Geological Survey estimates that 400,000 acres of farmland dried up statewide between 2000 and 2005.

Colorado is not alone in losing irrigation water. Farmers in India are also losing water to cities. This is strikingly evident in Chennai (formerly Madras), a city of 9 million on the east coast. As a result of the city government’s inability to supply water to many of its residents, a thriving tank-truck industry has emerged that buys water from nearby farmers and hauls it to the city’s thirsty residents.

For farmers near the city, the market price of water far exceeds the value of the crops they can produce with it. Unfortunately, the 13,000 tankers hauling water to Chennai are mining the region’s underground water resources. Water tables are falling and shallow wells have gone dry. Eventually even the deeper wells will go dry, depriving rural communities of both their food supply and their livelihood. The intensifying competition for water at the local level led India’s Minister of Water Resources to quip that he is actually the Minister of Water Conflicts.

In the competition for water between farmers on the one hand and cities and industries on the other, the economics do not favor agriculture. In countries such as China, where industrial development and the jobs associated with it are an overriding national economic goal, agriculture is becoming the residual claimant on the water supply.

In countries where virtually all water has been claimed, as in North Africa and the Middle East, cities can typically get more water only by taking it from irrigation. Countries then import grain to offset the loss of grain production. Since it takes 1,000 tons of water to produce 1 ton of grain, importing grain is the most efficient way to import water. Similarly, trading in grain futures is, in a sense, trading in water futures. To the extent that there is a world water market, it is embodied in the world grain market.