HER MAJESTY THE WATER – THE QUEEN OF LIFE (part 2)

Either scope of Russia or Grand Canyons in the USA
Everything is precarious, my honey, and surely unsafe:

Including blossom colors of Indonesian islands,
And Africa and global power of Britain’s lions.

So, what would happen to the Earth and all of us?
When the ultimate tsunamis blow up at last? 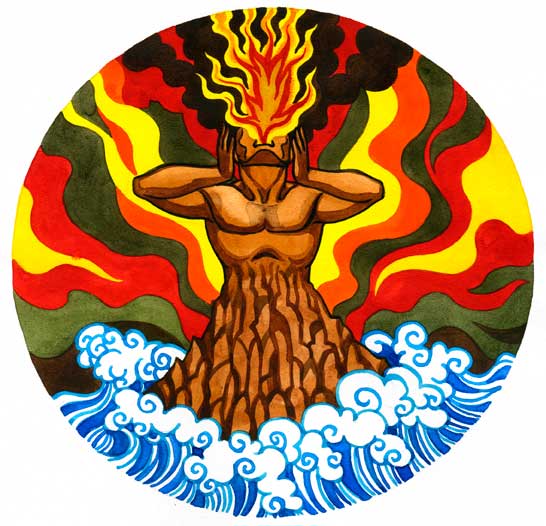 Don’t worry; lifelessness will come of it, my dear,
And only salty winds cool all the dead without fear.
And that’s all there is to it! There are no people on the planet. Oil remains throbbing through the Earth interior, water remains lapping against shores in the oceans, seas and rivers. There are no words on the planet, and no more poets: no Pushkin, no Ahmatova, no Tsvetaeva… Only the global ocean’s waves will wave goodbye
And give the deepest sigh
For: – Marina, Anna, Alexander …*

A mortal fat man and the immortal Kaschey **
Are sitting on grass, looking at a waterway.

The mortal fat man’s chewing at that
Garlic, sausages and breaded cutlet. .

Grinning at his neighbor with a sidelong glance,
The fat man’s dreaming of a lucky eating chance

The mortal man’s eating while Kaschey keeps aloof
And silently stares at the stream in the brook.

Kaschey is immortal, evidently, because he is not eating but looking down at the flowing water.
People usually say to each other after a long separation is over: “Much Water has flowed under the bridge”. Saying this they certainly bear in mind Time. Well, what do Time and Water have in common? The fact is that water having evaporated returns to the ground in the form of rain, snow, crystal springs, whereas time – as we consider – vanishes into oblivion for ever. But still, why do we sometimes become aware of sad feelings and vaguely sense that far away – beyond the frozen river bend passed by you – there are hot summers, childhood, and ever-living parents; at such moments we perceive that all these have not been lost, nobody faded away. 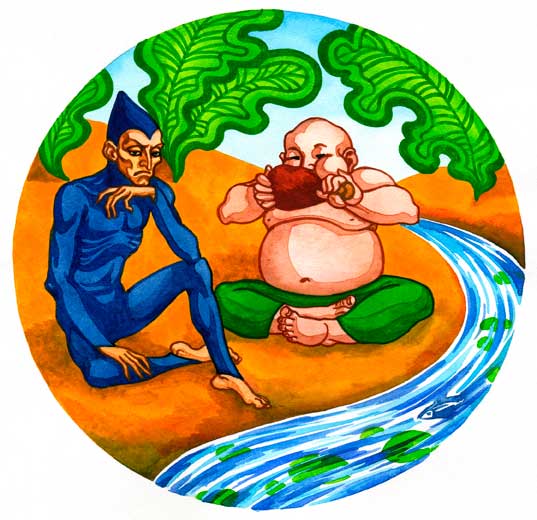 Over there, somewhere we hear, oh, something
Roaming our streets – it’s our bygone summer.

Summer holidays, no need to go to school
The wasteland is an improvised sports-ground
The back-street football game is really cool.
Winners drinking wine and pretty girls around

In follow-up – the smell of autumn burning leaves
Then winter freezing snow and springtime breeze.

Believe – it’s real! Take the passage ticket. Go!
The train departure is not so very distant.
But border check-points tell you “No!
Nobody ever has been there – even for an instant
Oh, yes, it’s true. No check point of immigration control would ever let you return back to the past. But it’s not for nothing that many people believe in their past previous lives. It’s not for nothing that from time to time somebody’s persons-doubles emerge here and there separated by centuries. Suffice it say that the sculpture of the Charioteer from ancient Delphi *** retrieved by archeologists looks alike rock’n’roll star Elvis Presley (“the King”) as two peas in a pod (or “like two drops of water in a pond” **** ). There is something behind that, isn’t it? Alas! Such knowledge is not available to us. Well, probably there are people who possess a gift for it, but they are unique. And the idiom “as two peas in a pod” (or “like two drops of water…”) – where is it from?
Does not Man himself consist of water? Yes, he does – water constitutes about 80% of a human body. And as to the salt content in human blood – it is similar to ocean water. Therefore human beings must treat water in the same way as they treat themselves. However, unfortunately, we tend to forget about it. And the sky starts growing gloomy looking down at our deeds. That’s why the Nature pours rain – meaning to shed tears over our unreasonable behavior and to remind us about the necessity of hearty kinship attitude to Water that has been safeguarding our life.
Her Majesty Water’s face advents like that of immortality personified. For us on the Earth – She reflects the celestial summit, and over there….

Over there on the edge of nocturnal sky
A pensive fisherman stands upright
And stretching a sweep-net to get it dry
On transparent pillars of holy moonlight.

In the empty sweep-net stars stand
And a boat is gleaming at his feet
Washed by feather-like weightless sand
Oars are moving as if in a sleep.

Iridescent rain-drops are trembling on berries of a snow-ball tree, on my high-boots, on the blue barrel of my Kalashnikov automatic rifle. I am a sentinel. I am guarding swamp moss against somebody’s evil design. It is general compulsory military service, so to say – the holy duty. But along with this…, concurrently….
As supreme endowments
I feel with all my guts
Resinous smell of trees,
Pomeridian juice of grass. 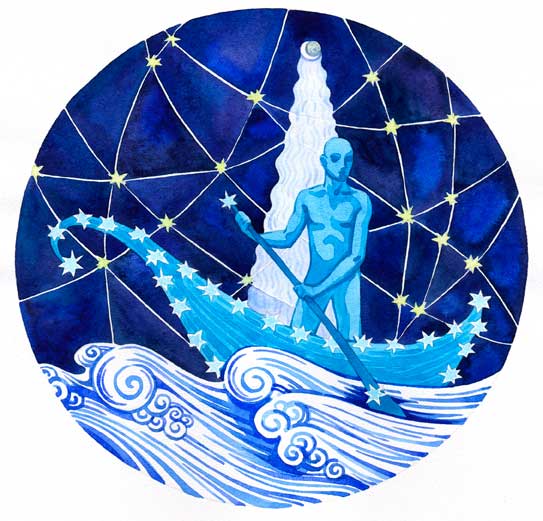 I touch a cedar’s needle
Or upper birch bark –
I hear my brother speaking,
Enjoy my sister’s laugh.

There is no harm to sedge
From my heavy high-boots,
Sunflowers bow as a pledge,
Recalling forefathers’ roots.

I slide conifer branches apart
Gently using my rifle’s butt,
And suddenly raspberries cluster
Asks to be picked up faster.

Tussock meadows spotted with fires
Showing scarlet ash berries ripe
Hear whisper: take if you desire:
But if unfair don’t you even try.

Flower stems piercing forest deadfall,
Each flower is looking at my face and eyes,
As if my face is the icon for all,
expressing its hope and praise to the skies.

Flourishing nature is taken aback – scared
by something hidden in the woods.
A missile is installed among the trees
Aiming at the skies with its nuclear head 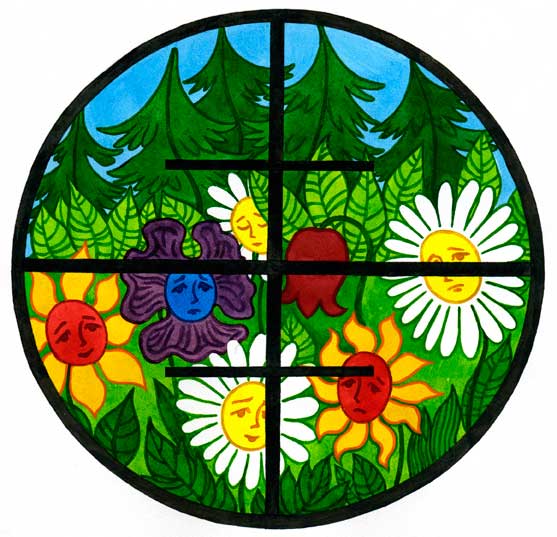 Here it is. This foreign object – alien to the environment – has established itself amid tender birches that bestow music upon us, forty-meter high cedars sheltering flying squirrels, amid beautiful pines cherished by Nature. And this monster with a nuclear noodle – has it grown on its own? Chipmunks with stripy backs do not run up and down the “trunk” of the rocket. Vagrant bears, encountering the launching site, cast a gloomy glance at the automatic rifle’s barrel, turn aside and retreat, strolling far away to taiga *****. And only we – human beings – have been guarding these missiles in various regions of the Earth. We – Homo sapiens – are ready to push missile’s launching buttons. And in that case – off they go– flame-carrying, rushing at full speed across the skies – no, not the Fire-Birds of happiness from the fairyland but quite on the contrary. And at that moment the Ester Bell starts tolling over the planet…

* These are first names of the above mentioned famous Russian poets.
** Kaschey is a literary character referred to in many folk Russian fairy tales; he is notorious for being immortal and extremely wicked.
*** Delphi is an ancient town of central Greece near Mount Parnassus. Dating to at least the seventh century B.C., it was the seat of a famous oracle of Apollo.
**** Russian proverb
***** Taiga is a secular forest in Siberia.