10 Shocking Facts about the World’s Water 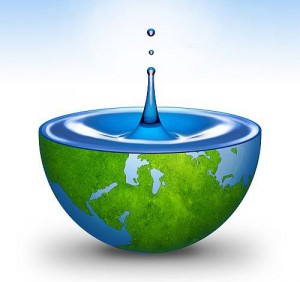 1. 3.4 million people—mainly children— die as a result of preventable water-related diseases every year.

2. 1.2 billion people—nearly 20 percent of the world’s population—live in areas of physical water scarcity. What does that mean? Water withdrawals for agriculture, industry, and domestic purposes exceed 75 percent of river flows.

3. In developing countries, an estimated 90 percent of sewage and 70 percent of industrial waste is discharged into waterways without any treatment at all.

4. Energy is a major user of water. In the US, thermoelectric power plants account for nearly 50% of all freshwater withdrawals.

5. There have been 265 recorded incidences of water conflicts from 3000 BC to 2012. The past several years have seen an increase in the total number of reports of violent conflict over water.

6. The last time the United States did an assessment of the water resources at the federal level was in the 1970s.

7. It takes more than twice the amount of water to produce coffee than it does tea. Chicken and goat are the least water intensive meats to consume. More about how much water your diet consumes here.

9. Because groundwater levels have dropped as much as 14 meters in the past half century in China, some sections of the Great Wall have been buried by sand. It’s estimated that some of the Great Wall will be gone in 10-20 years if action if not taken.