Fun With Water, Cameras And Sound

Everything is not always as it seems, and in a recent optical illusion pulled off using some speakers and a rubber hose, YouTube user BrussPup makes water nearly freeze in mid-air. 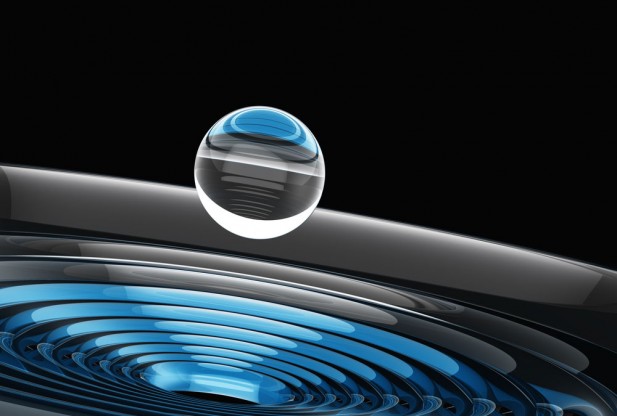 In the video, Brusspup claims to only use a speaker, rubber hose, water, some tone generating software, a 24hz wave and a 24 frames per second (or fps) camera. The hose is attached to the water and then taped in front of a speaker, which plays the 24hz sine wave. What happens from there is pure magic.

When the 24hz wave is produced and the volume increased, the water appears to hang in mid air, almost as if it´s been frozen by the frequencies or some invisible force guiding it along a zig-zag track.

When the sine wave is turned to 25hz with a forward effect, the water appears to move in extremely slow motion, lazily falling downwards in a loose spiral. The frequency is then changed to a 23hz reverse effect and, as the name implies, the water moves upward from the ground and back into the hose.

It´s an entirely trippy illusion, and one that couldn´t be reproduced without one important element in Brusspup´s rig; that 24 fps camera.

At 24hz, the water appears to freeze in mid-air with very little movement. This is because the camera is capturing frames at the same rate the frequency is making the water bend. In other words, the speakers and the camera are working together to create the illusion of frozen water. If this phenomenon weren´t viewed through the lens of a 24 fps camera, it wouldn´t look like much more than falling water.

As pointed out by FastCo Design, it´s similar to the strobe light effect. Because the light is only blinking once per second, your eyes only pick up on what´s going on 60 times a minute. Things aren´t really moving that slowly. Your brain just thinks they are.

For another example of this kind of trickery, check out this video from Matt Kenyon´s installment at the Katzen museum in Washington DC.

Using a strobe light, Kenyon is able to make it look as if oil is dripping out of a hole shot through an oil can, but instead of dripping down, it´s dripping up against gravity.

The way cameras capture images can lead to other types of optical trickery. As an example, one might recall the upward scanning lines which appeared on old computer monitors whenever shot with a video camera.

Nearly two years ago, a guitarist discovered the iPhone 4 uses a rolling shutter when taking video. He discovered this when he placed his phone inside his acoustic guitar to capture the vibration of the strings. He ended up with some interesting shots; as each string is plucked, the video captured the different frequencies at which the string was oscillating. The low string, for instance, had a loose and long pattern, while the top string had a tight and quick response.

As for Brusspup, he´s had YouTube commenters ask to make them fountains that can replicate this illusion. Unfortunately, such a fountain would only make sense if seen through the lens of a 24 fps second camera. When seen with the naked eye, it would look like a run of the mill fountain.