Pink Floyd’s new album, The Endless River, is almost completely instrumental: Lyrics don’t appear until the closing track “Louder Than Words,” a reflection on the group’s 50-year saga written by David Gilmour’s wife Polly Sampson. “Her words really spoke to something about the band,” says Gilmour, “certainly when it came to Rick [Wright] and myself. We speak better with our musical instruments.” 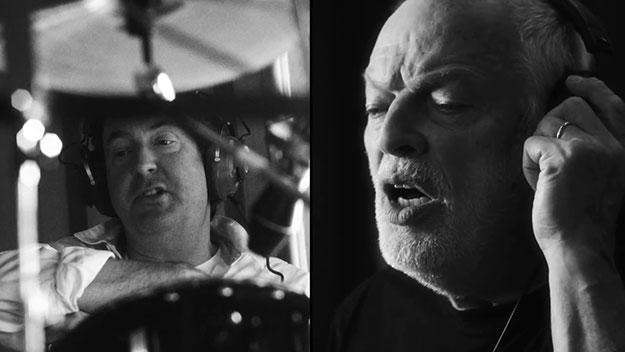 Director Po Powell shot much of the footage for the song’s video near the remains of the Aral Sea on the border between Kazakhstan and Uzbekistan. He got the idea when he saw an image of rusting ships lying in the sand where the river used to flow. “A surreal image if ever I saw one,” says Powell, “and a shocking example of human mismanagement and one of the planet’s worst environmental disasters. . . The river has shrunk to 10 percent of its original size, destroying the fishing industry and whole townships.”

The remote location made for a very challenging shoot. “It’s a journey lasting some 18 hours,” says Powell. “The ships lie a further two hours drive over rough roads carved through the ancient sea bed. 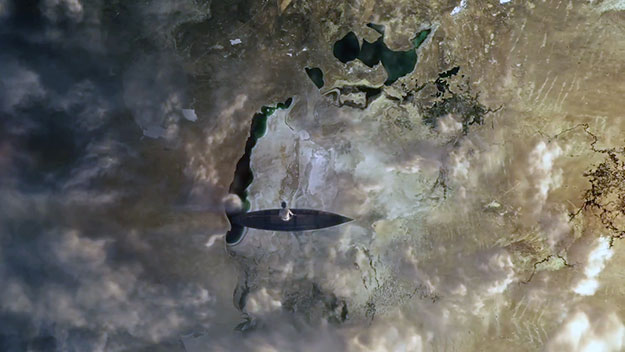 The weather was dismal – snowing for some of the time and then a chilly 10 degrees below freezing with 20 mph winds. Just what you don’t need! However, the sun shone for a few hours each day, and we filmed as if our lives depended on it.” 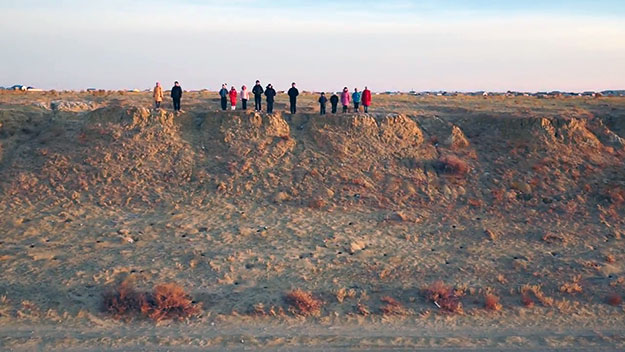 It’s extremely likely that “Louder Than Words” will be the final new Pink Floyd song ever released. “I don’t see how to could be otherwise,” says Gilmour. “Anything of value is on The Endless River. Trying to do it again would mean using second best stuff. That’s not good enough for me.”