There’s likely an underground stream in your city, but it may soon be seeing the light.

Uncovering buried streams has had huge impacts in places as diverse as Seattle, Washington, Kalamazoo, Michigan, and even Seoul, Korea—improving local water quality, providing habitat for fish and birds, and turning neglected parking lots and roads into public parks that boost neighbors’ property values and can revitalize entire cities. And city planners everywhere are starting to take note. 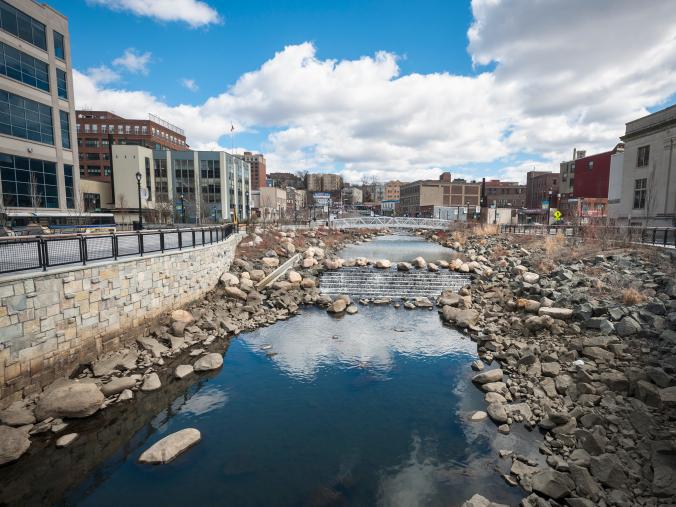 The Saw Mill River in Yonkers, New York, is being exposed to fresh air after decades of burial.

In Yonkers, the fourth largest city in New York State, officials are a third done with a “daylighting” project—a term for the opening up of underground streams (see “11 Rivers Forced Underground”). In addition to exposing a waterway that had long been covered, the effort has already sparked plans for a new minor-league ballpark and new housing.

“I credit the city and the people who … figured that having a nice river in a downtown was something that was, economically, really good,” said Ann-Marie Mitroff, director of river programs for Groundwork Hudson Valley, an environmental justice nonprofit.

But why are all these streams covered at all? Flash back more than a hundred years. In many urban areas around the world, small streams were just getting in the way. You couldn’t build on top of them, and the rapidly growing populations in many cities were throwing all their sewage into open water.

Often, engineers found that the simplest solution was to bury the streams, routing the water into pipes and paving over the top. In Yonkers, “the Army Corps of Engineers put a parking lot on top of it, which everybody thought was progress,” Mitroff said. [Editor’s note: A spokesperson for the U.S. Army Corps of Engineers says there are no records of the agency covering streams in Yonkers, and said the Corps would not have had jurisdiction to do so. They pointed to local authorities as most likely responsible; National Geographic has been unable to confirm that.]

In some cities, more than 70 percent of streams have been paved over. In many cases, city residents don’t even know that there are buried waterways under their feet.