It was a good week for new technology as a team of researchers at Columbia University announced a way to get renewable energy from evaporating water—they have come up with two devices, one a piston-based engine that generates electricity while floating, and the other, a rotary engine that powers a tiny car. 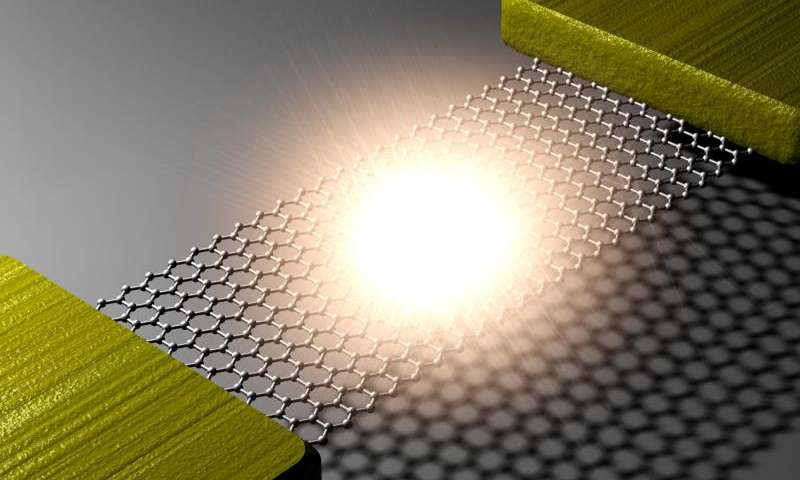 Also, another team with members from the U.S. and Korea demonstrated for the first time an on-chip visible light source using graphene—the world’s thinnest light bulb. And a team of chemists at UCLA announced that they had devised technology that could transform solar energy storage—it is a way to extend energy storage in solar cells from microseconds to weeks.

It was also an interesting week for biological research as one team of researchers at the University of Texas announced that they had discovered the first sensor of Earth’s magnetic field in an animal. They found a microscopic structure in a C. elegans, a type of worm that senses the magnetic field and to modifies its behavior based on what it finds. They suspect similar structures exist in other animals such as geese that help them navigate. Also, another team found that Saharan silver ants can control electromagnetic waves over an extremely broad spectrum range—it helps them stay cool in the hot desert. And another team of researchers with members from Russia and Australia found that Kangaroos are left-handed—which came as a surprise as the marsupials do not have a neural network in their brain that connects their left and right hemispheres. The team has also shown that handedness is not unique to primates.

Another team at the University of Warwick was able to show that self-awareness is not unique to mankind—they used thought experiments to figure out which capabilities any animal must have in order to mentally simulate the environment around them, and then found examples in other animals, such as rats in a maze. And a team at Monash University has found that with people, emotional brains are “physically different” to rational ones. They found actual differences in grey matter. Also a team of researchers at Rutgers University discovered a bacterium that “breathes” uranium and renders it immobile—possibly allowing for a new way to clean up radioactive waste.

And finally, if you have been looking for a way to stave off the impact of Father Time, a team of researchers at USC has found that a diet that mimics fasting appears to slow aging—mice cycled on and off the diet for a period of time lost weight, got smarter and lived longer.