Water resources, energy and land use are so mutually dependent that climate-related disruptions to any one of them could lead to economically devastating ripple effects — especially as a growing population puts increasing strains on all three. That’s one conclusion of a recent report issued by a federal advisory committee charged with assessing how climate change has already affected the U.S., and what the future holds.

The National Climate Assessment draft report, nearly 1,200 pages long, explores how the Earth’s climate is controlled by a complex system of interconnections. And, more specifically, how when the climate changes, those interconnections can make for all sorts of troubles. 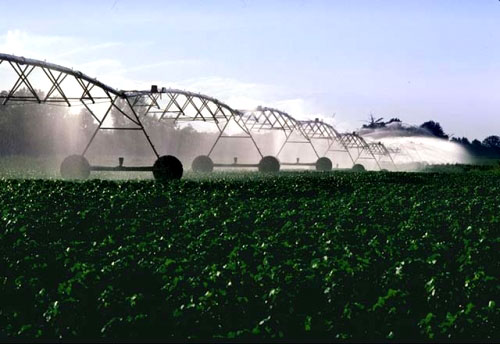 Climate change, they explain, affects each of these sectors directly. In energy, for example, rising global temperatures make it harder to keep water-cooled coal and nuclear power plants operating safely, to the point where some have already had to reduce power on very hot days — the very same days when demand for electricity to run air conditioners tends to be highest.

Those same rising temperatures put stress on crops, forcing farmers to irrigate more heavily. At the same time, rising temperatures are leading to reduced water supplies, in the form of more frequent and more intense droughts and also in reductions in the winter mountain snowpack that feeds rivers and streams through the spring and summer. That puts additional strains on coal and nuclear plants, and also deprives hydroelectric dams of the water pressure they need to pump out power.

Moving away from fossil fuels to produce energy might reduce some of those strains by keeping greenhouse gases out of the atmosphere and temperatures from rising too much higher — but there’s a catch there, too, the report says. Growing plants for biofuels uses up huge swaths of land and may disrupt agriculture. As for solar power, “utility-scale concentrated solar power plants require relatively large tracts of land, and early siting efforts have raised environmental concerns.”

Some fossil fuels are admittedly more climate-friendly than others: natural gas, for example, emits about half the climate-warming CO2 as coal. And indeed, as the authors point out, carbon emissions actually declined in 2011 as gas displaced coal in some power plants. But extraction of natural gas through fracking takes huge amounts of water, the process uses chemicals that can pollute existing groundwater, and besides, gas might not be quite so good for the climate after all.