Extracting Water from the Air

Without water, humans cannot live. Since time began, we have lived by the water and vast tracts of waterless land have been abandoned as too difficult to inhabit. A new machine which extracts water from air could change that … 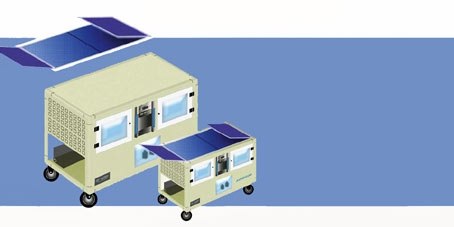 One evening 20 years ago, James J Reidy checked on his new dehumidifier and as he poured the contents down the drain, he reflected on how pure it looked. Two decades on, the idea which was spawned from that moment could influence where and how people live on Planet Earth. Reidy’s idea was simple – it is possible to extract drinking water from the air and there is a market for machines which can do it.

Reidy’s technology is now becoming commercially available and the AirWater machines will be sold in many sizes, producing from 20 litres (AUD$1300 inc GST) to 5,000 litres per day (AUD$160,000 inc), with the option to run machines greater than 50 litres a day capacity from solar power. The 5,000 litre machine with solar power costs AUD$250,000 but the only things it requires are sun and air, and they are both free, so running costs amount to maintenance and capital expenses. 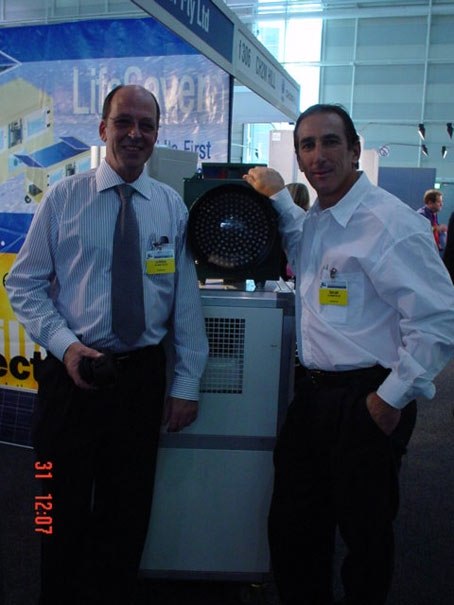 Obtaining water from the atmosphere is nothing new – since the beginning of time, nature’s continuous cycle of evaporation and condensation in the form of rain or snow (the Hydrologic Cycle) has been the sole source and means of regenerating wholesome water for all forms of life on earth. 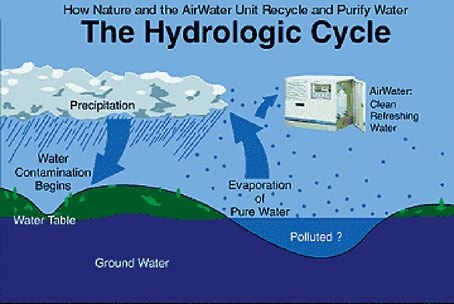 At any given moment, the earth’s atmosphere contains 4,000 cubic miles of water, which is just .000012% of the 344 million cubic miles of water on earth. Nature maintains this ratio via evaporation and condensation, irrespective of the activities of man. 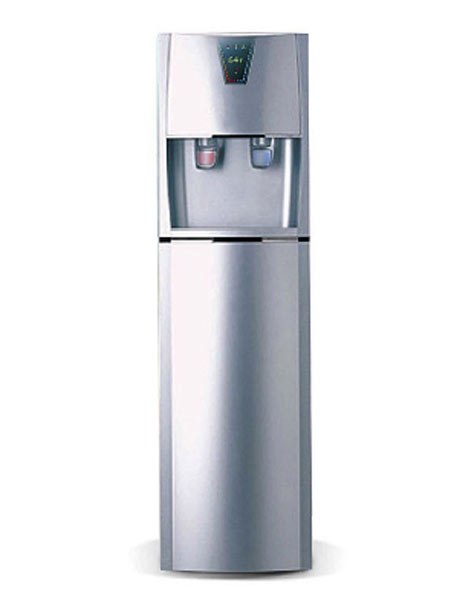 The availability of drinking water is a global problem – there is a global US$15 billion bottled water market, a US$100 billion point-of-use water treatment industry, and wherever practical, expensive desalination plants with huge infrastructures and severe geographical restrictions. All of these methods require traditional sources of water and each has inherent weaknesses and disadvantages. 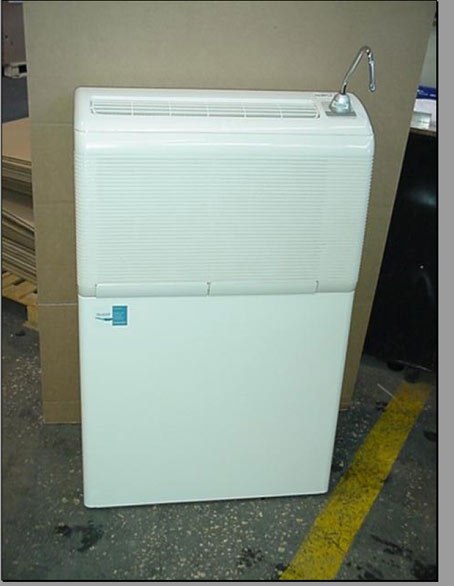 In spite of the above there exists a pent-up, insatiable, world-wide need for new sources of drinking water. AirWater machines could be the answer as they offer an inexhaustible source of safe sterilized drinking water. 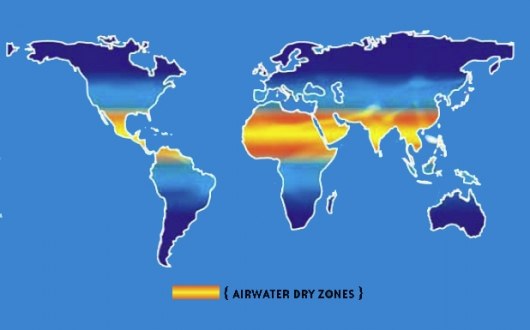 Basically, the AirWater System, regardless of the model size, sterilises each drop of water within 5-6 seconds of its formation by exposure to ultra-violet light. UV light waves fracture the DNA strands within bacteria, virus, and other micro-organisms which kills them instantly.

This sterilised water is then passed through a unique patented 1-micron activated carbon water filter. (The average size of bacteria is 5 microns). This filter removes any possible solid particles, toxic chemicals, volatile organics, and other contaminates as well as any odors, taste, or discoloration. This filtration is followed by a 2nd UV exposure and sterilization.

The same bulb bathes the exit port, also patented, in UV light creating a sterile exit. The AirWater System maintains an enclosed sterile environment throughout its water treatment, from the first drop in to the last drop out — into a water tank or removable container.

The system is particularly effective in areas often regarded as arid, but where there is actually a lot of moisture in the air. In those climates the machine can charge all day in the sun, and produce water all night when the air is moist. The production of AirWater machines will initially be done in Brazil, Isreal and China with a distinct possibility that Australia could also become one of the manufacturing hubs.