Skipping stones across water may seem like an innocent children’s pastime, but the science behind it has helped to win more than one war. Now, researchers at Utah State University’s (USU) College of Engineering are uncovering new insights into the physics of these kinds of water impacts that could have wide applications in the fields of naval, maritime, and ocean engineering. 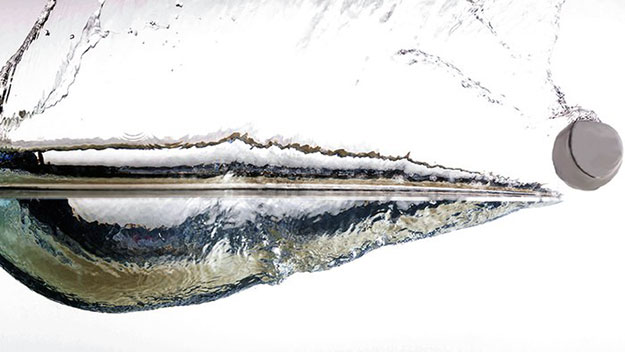 It may seem strange, but knowing how to skip things off the water is a very important branch of physics. In the 18th century, Admiral Lord Nelson found that by skipping his cannonballs off the waves he could increase their range and impact. More famously, during the Second World War, Barnes Wallis used the principle to create his Bouncing Bomb, which was the secret weapon to destroy the vital dams in Nazi Germany’s Ruhr Valley during the Dambuster Raid in 1943.

At first, skipping objects across water looks simple enough, but it’s actually very complex with the interplay of the shape of the object, its size, material, surface texture, friction, hydrodynamics, aerodynamics, and spin. A change in any of these factors can drastically alter the effect of the others. Assistant Professor of Mechanical Engineering Tadd Truscott of USU’s Splash Lab, with the assistance of the Naval Undersea Warfare Center in Newport, Rhode Island and Brown University, looked at a key factor in this equation: elasticity, or how an object deforms as it strikes the water. 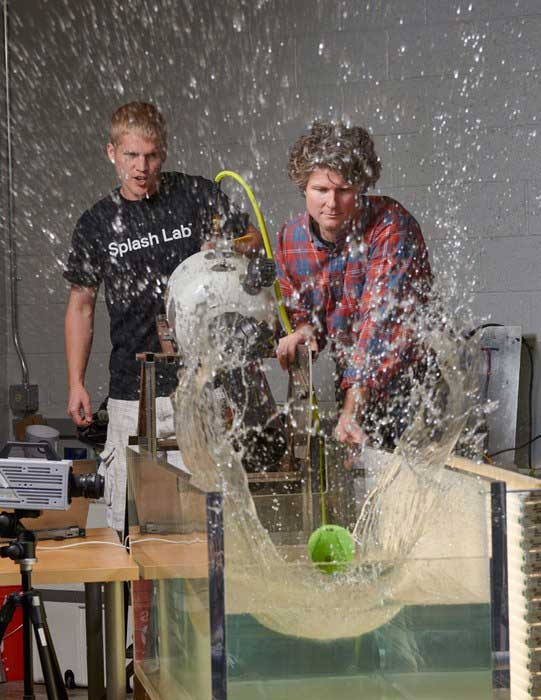 Truscott and his team skipped spheres made of various materials in a tank and recorded the results using high-speed cameras. What they found was that elastic spheres flattened in an ideal disk-like geometry that resemble the sort of flat pebbles that one spends all afternoon hunting for at the age of eight. According to USU, the pressure of hitting the water exerts a larger lifting force on elastic spheres than inelastic stones because of this ability to conform. In addition, by studying how elastic spheres skip, the team could not only better understand the physics behind skipping, but also how to predict how many skips will occur in a given instance.

The researchers see a number of applications based on their research, including the ability to tune elastic objects for better performance, weapons similar to the Bouncing Bomb, insights into how water-running animals like the Basilisk lizard manage not to sink, and better inflatable boats and other soft-hull vessels.

“The study also provides insight into methods for modeling objects that interact with the water surface and have elastic responses to the surface like rubber boats, tubes, wakeboards, and waterskis,” says Truscott. “The elasticity of each of these objects affects the manner in which they interact with the water surface which, as we have shown, can differ dramatically from rigid objects.”

The research was published in Nature Communications.