This essay takes us to the door to the secrets of life, secrets to water, and secrets of light, color, and perception. Water plays a leading role in living processes, as everyone knows, but what is secret is the fact that water mediates the interaction between radiant energy and physical existence by allowing itself to be structured by light energy along an incredibly broad front of the electromagnetic spectrum. Water is light sensitive as we are light sensitive and the frequencies of life that shine on us that we absorb or reject reveal much about how we think, feel and react to things and our environment. 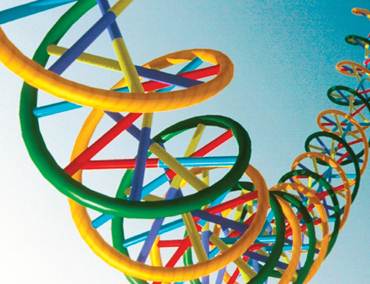 Water is crucial to biological existence and we find that dehydration alters the conformation of proteins and removes water layers around proteins that are essential for maintaining the original protein structure. Decades of bombarding water with X-rays and neutron beams have convinced most scientists that there is no long-range order in water because unbeknownst to them they have been playing around with the death principle – the type of radiation that destroys the structure of water thus destroying the structure of life.

Why does water vaporized into the sky form clouds instead of just spreading out evenly in space? Where does lightning come from in a storm? How does Jell-o hold so much water inside without it leaking out? How does the water bug walk on water? One must watch this video of Dr. Gerald Pollack famous lecture Water, Energy, and Life: Fresh Views From the Water’s Edge to get the answers to these questions.

Dr. Pollack, professor of bioengineering, recently received the highest honor that the University of Washington at Seattle in the United States could confer on its own staff for his work with water. He demonstrates enough hard experimental science about water to redefine our understanding of health and medicine as well as the interaction between water and the subtle realms of energy, light, color and life. “It turns out that liquid crystalline water and sunlight are practically all we need for energy and life. Just add sunlight for energy and life,” writes Dr. Mae-Wan Ho.

The initial discovery that Pollack and his colleague Zheng Jian-ming reported in 2003 was that water forms a massive “exclusion zone” (EZ) next to the surface of hydrophilic (water-loving) gels. The EZ is so named because it excludes solutes, i.e., substances dissolved in the water. By putting into the water solutes large enough to be seen under the microscope, or even with the naked eye, the EZ shows up as a region completely clear of the solute. Thus, when a suspension of microspheres 0.5 to 2 mm in diameter is put into a chamber with the gel, a clear zone free of microspheres soon develops next to the gel and typically ends up hundreds of microns thick. Once it is formed, this EZ is stable, if undisturbed, for days or weeks.

Water Inside the Cell Very Different from Ordinary Water

Dr. Mae-Wan Ho asserts that, “Water associated with the cell – cell water – is not like regular water in bulk. Instead, the water molecules are aligned in ordered layers over a matrix of extended proteins in the “protoplasm.” The multiple layers of water molecules are aligned over protein surfaces where they play an important role not only in helping amino acids find their contact partners, but also in how the whole chains of proteins fold up. It seems that highly charged amino acids don’t like to be in direct contact, and such contacts are unstable, whereas the contact is stabilized if mediated by water. Water not only induces protein folding and binding, but also actively participates via long-range water-mediated contacts. Adding water may improve protein docking, protein and drug design strategies, and contribute to understanding the important role played by water in the function of proteins.”

One of the most significant things Dr. Pollack says is that we are not 70 percent water but, rather, 99 percent. There is only one other thing that we have more of in terms of our physical existence on earth and that is the empty space between and underlying matter. When we consider that we are 99 percent water it becomes exceedingly more important that we understand the mysteries of water, which Pollack helps us to understand.

My Waters of Life book gives birth to the principle of water-based medicines that are going to make a lot more sense than oil/chemical-based pharmaceuticals that disturb the 99 percent of our self that is water. Dr. Konstantin Korotkov writes, “Testing of medications on their properties to change the condition of distilled water revealed strong differences even for one and the same drug produced by different companies. There are drugs which practically do not change the structure of water as well as others which totally destroy it.”

“If you want to understand what happens in any system – be it biological, or physical, or chemical, or oceanographic, or atmospheric, or whatever – it doesn’t matter, anything involving water, you really have to know the behavior of this special kind of gel-like water, which dominates,” says Pollack.

Contemporary medicine will have to get a grip on itself and recognize that water is the most basic medicine and that the quality of the water consumed is crucial. Pollack gives us two important perceptions about water that cannot be denied without denying experimental science. The first is that water has an ability to organize itself into structured patterns that are electrically polarized and secondly this process is affected by radiant energy along a broad band of frequencies.

It is water that holds the secret to biological existence down to the point of being responsible in great part for memory in the brain. This makes sense since the brain is mostly water and the proteins in it cannot be separated from the water molecules that surround and get structured by brain tissues. There are many interesting implications to the work of Pollack.

Dr. Ho says, “The usual denial that very weak electromagnetic fields have any effect is based on the argument that the energies in these fields are ‘below the thermal threshold’ of random motions of molecules, which will certainly swamp out the signals. But coherently vibrating molecules, far from swamping out the weak signals, will sum up their response to the weak signal, and hence result in a substantial effect. To use another analogy that engineers understand, the organism is like an exquisitely tuned receiver (and emitter) for EMFs over the widest possible range of frequencies. By half-accident, we found that all living organisms – especially those that are most actively moving around – look like a dynamic liquid crystal display in all the colors of the rainbow.”

Dr. Alexander Solodilov from the Academician of the Russian Academy of Natural Sciences subjected water to super weak magnetic field impulses. These fields are tens of thousands of times weaker than the Earth’s natural magnetic field. “To our surprise and to the surprise of the scientists with whom we were working, we discovered that water retains traces of our influence upon it for a phenomenal period of time. Water is a universal agent that brings the unified plan of the Creation to every living thing on the planet. It is absolute and it is unequivocal. Water not only fulfills the role of a universal solvent, not only does it include everything there is on Earth, to the very highest layers of the atmosphere – it penetrates every organism on a cellular level, from within and it reads information.”

“The three phases of water that everybody knows about in the textbook just don’t do it. In fact, it’s a 100-year-old idea that there’s a fourth phase of water. This is not an original idea. Though the concept of a liquid crystalline, or gel-like, phase of water has been around for some time, the generally accepted view is that this kind of water is only two or three molecular layers thick. And what we found in our experiments is that it’s not two or three layers, but two or three million layers. In other words, it’s the dominant feature,” Pollack said.

“Turns out that the thickness depends on the pH,” Pollack said. “If you increase the pH, we found that this region gets thicker. It also gets thicker with time. So if you wait long enough, and if you have the right conditions, and maybe enough light beating down on it, you could conceivably get a very thick layer.

Dr. Pollack has handed us another secret to sodium bicarbonate (simple baking soda) and why it is the excellent medicine that it is. We already know that part of its affect is to raise CO2 levels in the blood, which not only changes the blood’s zeta potential in a positive way but also raises oxygen transport and oxygen concentration.

I call sodium bicarbonate the Rich Man’s Poor Man’s Cancer Treatment in my book Sodium Bicarbonate, A Full Medical Review because bicarbonate does wonders for people suffering from cancer as it does for people with diabetes, kidney and heart disease. Bicarbonate-laden water, whether sourced from Himalayan Mountains or from your own pure water made at home, is one of life’s most basic elixirs; one that surpasses anything pharmaceutical companies can muster.