Nanoscavengers could be the next-gen water purifiers

According to a joint World Health Organization/UNICEF report issued this week, an estimated 768 million people relied on unimproved drinking-water sources in 2011, with 185 million of these relying on surface water to meet their daily drinking-water needs. WHO and UNICEF have set a 2030 target for everyone to have access to a safe drinking-water supply and new water-purifying “nanoscavengers” developed by researchers at Stanford University could help achieve this goal. 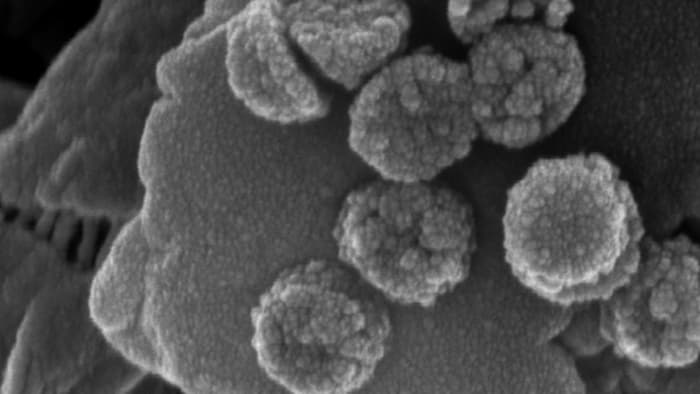 New water-purifying synthetic nanoscavengers can be removed from water magnetically

There are various nanoparticles that boast different water-purifying properties. Silver nanoparticles act as an antibiotic, titanium dioxide nanoparticles trap heavy metals and pollutants, while others capture salt. Engineers call these kinds of particles nanoscavengers and in recent years they have been seeking ways to make use of them to disinfect, depollute, and desalinate contaminated water.

This drawback was demonstrated when the researchers immersed iron oxide core nanoscavengers capped with silver in water tainted with E. coli bacteria. After exposing the water to a permanent magnet they were only able to collect about 20 percent of the nanoscavengers in a five minute period.

To overcome this problem, the Stanford team developed a new type of nanoscavenger that sees the iron oxide core replaced with a synthetic core that is ultraresponsive to magnetism. This new core is a disk made up of magnetic outer layers sandwiched either side of a titanium center. This composition makes the new nanoscavengers non-magnetic in their natural state, so they aren’t attracted to each other or other magnetic materials.

“The magnetic moments of the two outer layers are opposed. The direction of the magnetic force in the top layer and the bottom layer point in opposite directions, effectively canceling the magnetic properties of the material,” said Mingliang Zhang, a doctoral candidate in material science and engineering at Stanford.

However, when the synthetic core is exposed to a strong magnetic field, the magnetism of the two opposing fields align so they not only become magnetic, but the magnetic effect is compounded to make them ultraresponsive to magnetism. The researchers have dubbed their creation “synthetic antiferromagnetic cores,” where “anti” refers to the opposite direction, rather than non-magnetic.

In a side-by-side test against the aforementioned iron oxide core nanoscavengers, the synthetic core nanoscavengers capped with a silver dose of 17 parts per million killed 99.9 percent of the E. coli bacteria in 20 minutes and allowed virtually all of the nanoscavengers to be removed from the water after a five minute exposure to a permanent magnet.

“In contaminated water, nanoscavengers float around, randomly bumping into and killing bacteria or attaching themselves to the molecular pollutants they are after,” said Shan Wang, the study’s senior author. “When the contaminants are either stuck to the nanoscavenger or dead, the magnet is turned on and the particles vanish.”

Now that they’re demonstrated the technology using silver-capped nanoscavengers that target bacteria, the researchers are working to develop different versions that specifically target other pollutants. They are also developing a “one-pot solution” that would use slightly larger nanoscavengers that could purify water of several different contaminants, possibly by coating them with discrete bands of several different reactants.

“Our hope is to one day create a ‘one-pot solution’ that tackles water afflicted by a diverse mixture of contaminants. A purification technology like that could be very useful in recycling water in developing nations and arid climates where water quality and quantity are of critical importance,” said Xing Xie, a doctoral candidate in civil and environmental engineering and co-first author of the paper.

The team’s paper is published in the journal Nature Communications.