It’s a given that recycling waste products is a good thing. It’s certainly better than sending our trash to landfill where it will sit rotting (or not, in the case of non-biodegradable waste) for decades to come. However, even better than recycling is to not create the waste in the first place. Bottled water is now big business, and more popular than ever before, but bottled water guzzles energy and creates waste that really doesn’t need to be created. The WaterBean portable water filter offers one possible solution to the problem.

WaterBean is a portable water filter which “purifies” tap water. The word “purifies” is in quotation marks because WaterBean will not turn a dirty puddle into water you’d want (or be advised) to drink. Rather than being designed as a system for people in developing countries to use to make dirty water clean enough to drink, WaterBean is designed to persuade people who currently buy endless bottles of water to stick with one bottle for a long time. 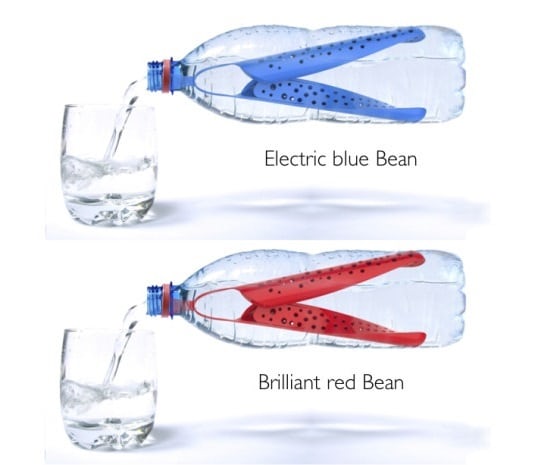 According to WaterBean, the device cleans impurities such as “chlorine, odors and bad taste,” as well as adding magnesium to the water. It can be fitted into any water bottle and potentially prevent up to 280 bottles (140 liters) heading for landfill every year. The filters, each of which lasts up to three months, contain granulated all-natural activated coconut carbon, which the company says is totally safe if ingested. The WaterBean itself is made from BPA-free materials and designed to never need replacing if it’s well looked after.

Instructions for use are very simple; after inserting the filter you’re advised to shake the bottle for about five seconds before gently swirling the water around for a short time. The longer the water is swirled, the better it will taste, or at least that’s the theory. The old filters can be composted, thus adding to the green credentials of WaterBean. 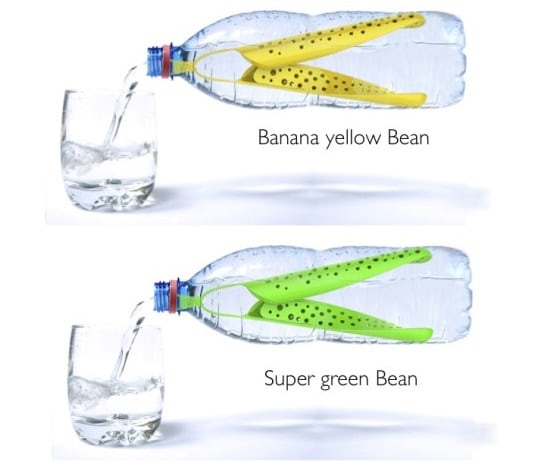 We’ve featured several water-purification products with important, potentially life-saving properties previously here on Gizmag, including the LifeStraw and the NDūR Survival Straw. Both of these work by filtering harmful bacteria and micro-organisms out of water as it’s sucked up from its source. WaterBean is not in the same league as those products in terms of purification capabilities, but that’s not the intention here. It’s aimed squarely at reducing the number of plastic bottles which currently end up in landfill, and that’s a very valid goal.

According to Graeme Glen, the Japan-based entrepreneur behind WaterBean, the average person gets through 167 plastic bottles every year, which together produces 1.5 million tonnes of waste, partly because 75 percent of plastic water bottles don’t get recycled.

The WaterBean is currently available through Indiegogo, with Glen seeking $35,000 by August 18. Pledges begin at US$12, which will get you one WaterBean with a filter included plus an extra filter pack (containing two filters).

The video embedded below shows Glen explaining the problem he’s addressing with WaterBean, as well as his methodology behind the design and production of the product.