Ford harnesses AC condensation to let you drink and drive

When a car’s air conditioner is running, water vapor in the air accumulates on its condenser, changing into a liquid state and then dripping to the ground. Doug Martin, a powertrain controls engineer at Ford, didn’t like the idea of all that water being wasted. That’s why he created a prototype system which collects that condensation, and repurposes it as drinking water within the car. 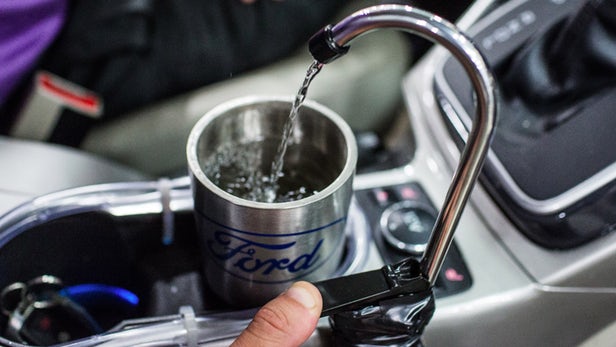 Martin was initially inspired by a billboard in Peru, that captures humidity in the air and renders it into drinking water. Working with colleague John Rollinger, he proceeded to build the On-the-Go H2O system, in which air conditioner condensation is collected, filtered, and then pumped into a faucet in the car’s console.
So, just how much water could a setup like that produce? A lot, actually. In tests, it was found that a car’s air conditioning system could sweat off 64 oz (1.9 l) of water per hour – enough to fill almost four bottles. 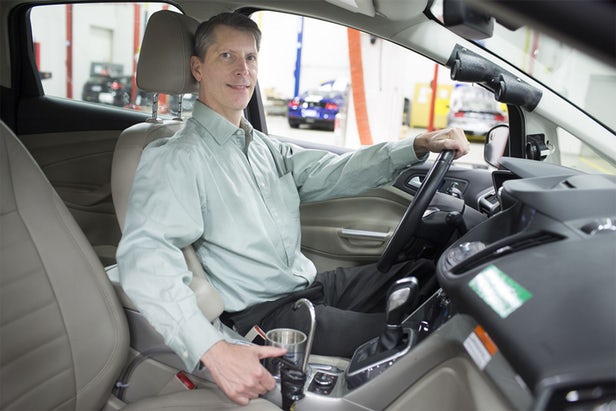 Doug Martin demonstrates On-the-Go H2O (Credit: Ford)
For people making long drives in the desert, that would mean less stops to buy water. Additionally, in regions where clean water is scarce, drivers could help ease the situation by bottling the water from their car and either using it themselves, or providing it to others. They could also simply run tainted water from other sources through the system, in order to make it drinkable.

There’s no word on whether On-the-Go H2O will ever actually reach production. For now, though, you can see it in use in the video below.