Active children need to be watered with milk. It’s a more effective way of countering dehydration than a sports drink or water itself, say researchers at McMaster University. 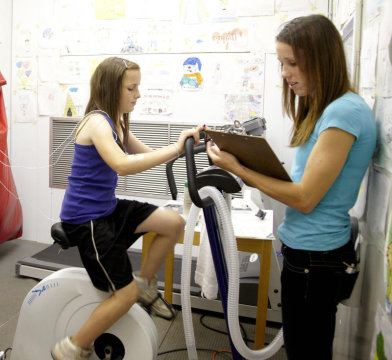 “Children become dehydrated during exercise, and it’s important they get enough fluids, particularly before going into a second round of a game. Milk is better than either a sports drink or water because it is a source of high quality protein, carbohydrates, calcium and electrolytes.”

He added that milk replaces sodium lost in sweat and helps the body retain fluid better. As well, the milk provides protein needed by children for muscle development and growth which is not found in the other drinks.

The study of eight to 10-year-olds involved exercising in a climate chamber, then receiving a drink and being measured for hydration.

Timmons, an assistant professor of pediatrics of the Michael G. DeGroote School of Medicine, said active children and adults usually don’t drink enough to stay hydrated during exercise, so they often have a “hydration disadvantage” when they start their next period of exercise.

Timmons’ graduate student Kim Volterman will be presenting the research at the European Group of Pediatric Work Physiology XXVII Biennial Conference, being held Sept. 19-23 at the University of Exeter in the UK.

The study is funded by Dairy Farmers of Canada.