Can we taste water after all?

Whether water has a taste of its own or is merely a flavor carrier has long divided the scientific community. Some scientists have proposed that its flavor depends on your saliva and what you were eating previously, while others have argued that it has its own, albeit undefined, taste that can be sensed by the brain. A new study by Caltech researchers could help advance this debate: according to their findings, not only does such a sense exist, but it’s located in an unexpected place. 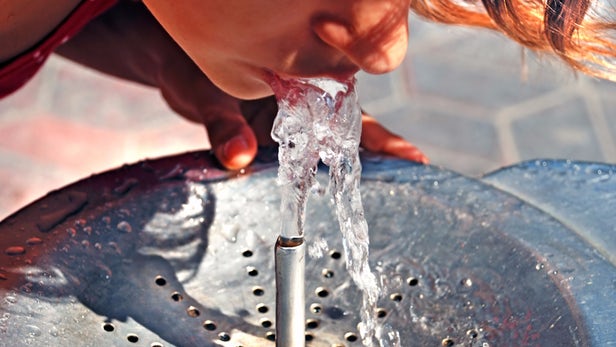 Tastants are chemical molecules that stimulate the sensory cells in our taste buds that can detect the five basic tastes: sweetness, sourness, bitterness, saltiness and umami. For example, when we eat foods with ingredients such as cheese or tomatoes, the glutamate they contain elicits the taste known as umami. So exactly which of the five basic taste receptor cells does water stimulate – or is there a sixth that we don’t know about?

“The tongue can detect various key nutrient factors, called tastants – such as sodium, sugar, and amino acids – through taste,” explains lead author and neuroscientist Yuki Oka. “However, how we sense water in the mouth was unknown. Many insect species are known to ‘taste’ water, so we imagined that mammals also might have a machinery in the taste system for water detection.”

Given that taste cells are responsible for passing along information about the tastants they encounter to the brain, Oka and his team decided to test this hypothesis by looking for water-sensing taste cells in the tongues of mice. They offered the rodents various tastants, including water, and recorded the results. While the responses to the five basic tastes were predictable, what was surprising was how the nerves in the taste cells were also stimulated by pure water, thus implying that some of them are capable of detecting water.

To find out which ones exactly, the researchers then silenced individual taste receptor cells and found that water actually triggered sour taste cells in the mice. In fact, when they were silenced, water responses were also completely blocked, which suggests that these cells have something to do with water detection, says Oka.

To further examine the role that the sour cells play in water detection, the team carried out a test using optogenetics, a biological technique that involves the use of light to control cellular functions. In this case, they bred genetically engineered mice that had light-sensitive proteins in their sour taste receptor cells, meaning that they would be stimulated when they encountered light. The researchers then modified the animals’ drinking bottle so that it would emit a blue light instead of releasing water when they licked it.

In short, what happened was that when the light shone on the mice’s tongue, it created a sensory cue, causing them to keep licking the light even though they weren’t getting any water. What this suggests is that while these cells are involved in sensing water and prompting an animal to drink when it is thirsty, they’re not the ones telling the brain when the animal’s thirst has been sated.

“It’s important to note that stimulation of these cells does not alleviate thirst,” says Oka. “This finding helps us understand how the brain interprets water signals under normal and thirsty states.”

Rethinking what we know about the tongue’s sour receptors
Human beings are the only ones with a taste for sour foods – all other animals normally avoid them – which raises another question that has long puzzled scientists: what’s the reason for the evolution of a sour taste receptor in animals if all it does is tell them which unripe or unpleasant-tasting foods to avoid?

The fact that this aversive behavior was not triggered when the scientists stimulated the sour cells with light suggests that the role of a sour taste receptor might actually be more complex than thought, though what this actually is remains a mystery, say the researchers.

“These results raise the question,” says first author Dhruv Zocchi. “What information about taste are sour cells really relaying to the brain? Maybe sour cells are not directly linked to the unpleasant sourness that we perceive, but instead they may induce a different type of taste, like water, when stimulated.”

The study was published in Nature Neuroscience.