Most common water purification methods rely on mechanical filters or a membrane to remove contaminants. But over time, these become clogged and need to be replaced. A new technology developed by researchers at Princeton University doesn’t require filters at all, instead relying on the injection of CO2 gas to change the water’s chemistry and separate waste particles based on their electrical charge. 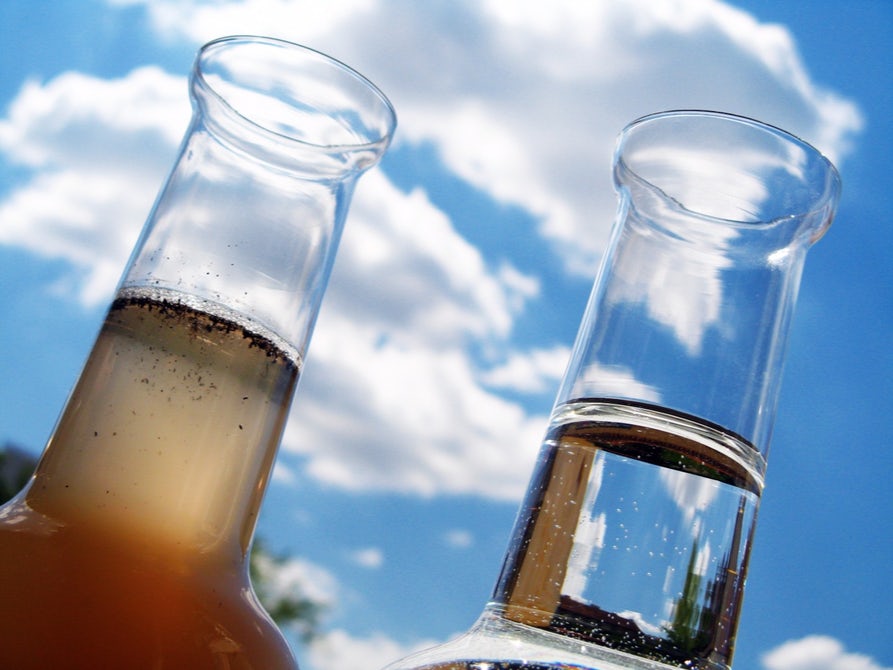 A new water purification technique relies on an injection of CO2 gas into a water stream rather than filters or membranes to separate particles from water.

The system is simple and low-cost, consisting of a silicone rubber tube that is split into two channels at one end. Because silicone rubber is permeable to CO2, the pressurized gas is able to diffuse through one wall of the tube and mix with the water flowing inside. This interaction alters the chemistry of the water, making it slightly more acidic and creating charged particles, or ions.

One of these ions is a positively charged hydrogen atom, which moves quickly through the water solution, while another is a bicarbonate molecule with a negative charge that moves through the water more slowly. The movement of these molecules creates a small electric field and, because most particles suspended in the water have a charge, they are attracted to one side of the water stream, while the filtered water, which has no charge, continues in its own channel. The tube then splits in two, with the filtered water flowing through one, and the waste particles flowing through the other.

Aside from the bottled CO2, the researchers point out the system has no moving parts, and the CO2 that permeates out the other side of the silicon rubber after passing through the water can even be captured for later use if need be. Meanwhile, the excess CO2 remaining in the filtered water is removed by simply exposing it to the air, in the same way a carbonated drink will go flat when left to sit.

Due to the simplicity of the design, the lack of filters and the low cost of the tubing and bottled CO2 gas, the researchers say the system holds great potential in the developing world for cleaning pond or river water contaminated with bacteria or dirt particles. It could also be used in desalinization plants to remove viruses and bacteria that can pass through the membranes used to remove salt. In addition to water purification, the researchers say the technique also holds potential in scientific and industrial applications for controlling particles in solutions. 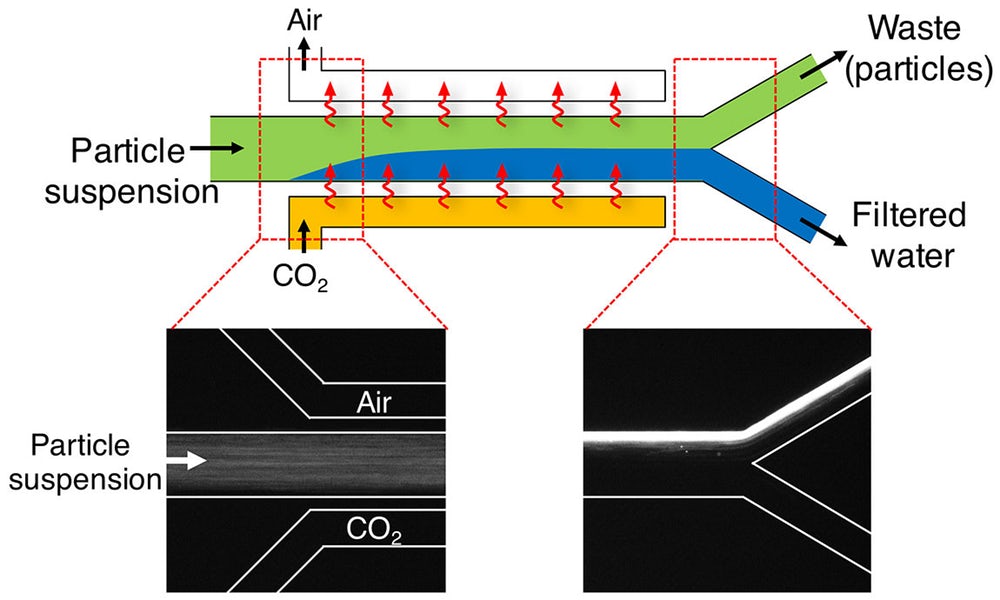 The technique could be used in a portable water purification system, or it could be scaled up. The researchers have already built a laboratory-scale system that they claim was three orders of magnitude more efficient than conventional microfiltration systems at removing particles from water, and now Shin is working on a large-scale carbon dioxide filter that would allow the technology to be integrated in water treatment plants for larger communities.

“It is definitely able to scale up to a hundred liters per hour, which meets a practical household standard,” says Sangwoo Shin, the lead author of a paper detailing the process.