The Effect of the Scottish Enlightenment on Water Filter Technology

It is no coincidence that the first municipal water treatment plant was designed and installed in Scotland. Many of the greatest philosophers and scientists of the eighteenth century hailed from Scotland. Historians typically term the period between 1740 and 1800 the Scottish Enlightenment because of the outpouring of scientific thought from Scotland. 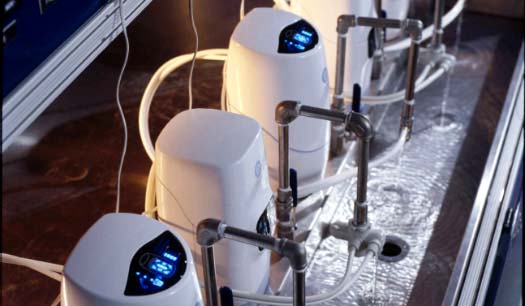 After the Act of Union of 1707, which joined Scotland, Ireland, Wales, and England under the inclusive union of Great Britain, Scotland, traditionally known as one of the most backward nations in Europe, joined in the general fervor and scientific discovery of the Enlightenment (Buchan, 2003). In this period, David Hume, the Scottish philosopher and historian, outlined the tenets of the modern-day scientific method, and Adam Smith, the famous British economist, published his revolutionary economic theory that is the foundation of modern-day, free-trade economics.

A lesser known scientist and engineer, destined only to make the chronicles of water filtration history, also came from this era of Scottish Enlightenment. Robert Thom, advancing upon the technology of small-scale, slow sand filters, designed the first, citywide, water filtration plant. His plant was able to provide filtered, pathogen-free water to the entire city of Paisley, Scotland.

Thom’s success in designing a municipal water treatment plant, added to the scientific evidence that had proven decreases in waterborne diseases as a result of filtered water, led to the passage of the Metropolis Water Act of 1852 (Binnie, Kimber, & Smethurst, 2002). This law, the first of its kind, required that all water supplied to London be treated by slow sand filtration.

Thom provided a revolutionary water filtration design that would change the face of water treatment history.