Five Wild Ways to Get a Drink in the Desert 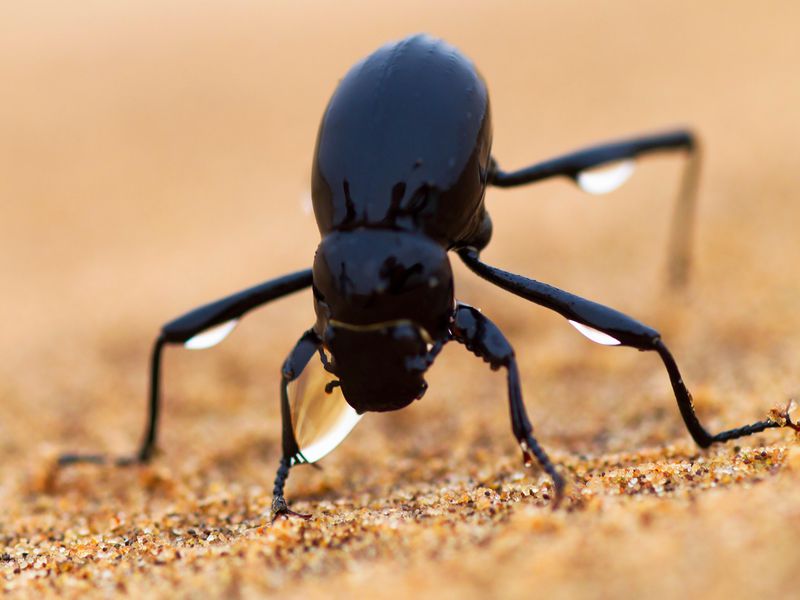 Today, deserts cover about a fifth to a quarter of the world, and roughly a billion people live in desert conditions. These regions receive less than 20 inches of rain every year, which means finding fresh water for drinking and cleaning can be time-consuming and even dangerous, especially when it requires a trip to a faraway well or spring. The problems may only get worse if ongoing climate change intensifies droughts and human activities such as irrigtaion dry up many of the world’s accessible freshwater sources.

Innovative ways to find moisture are sorely needed. Some scientists are looking to the natural world for inspiration, drawing tricks from plants and animals that have adapted to living in arid lands. Others are dreaming up their own unique methods for collecting water from less obvious sources. Here are five of the latest ideas for gathering the desert’s hidden liquid: 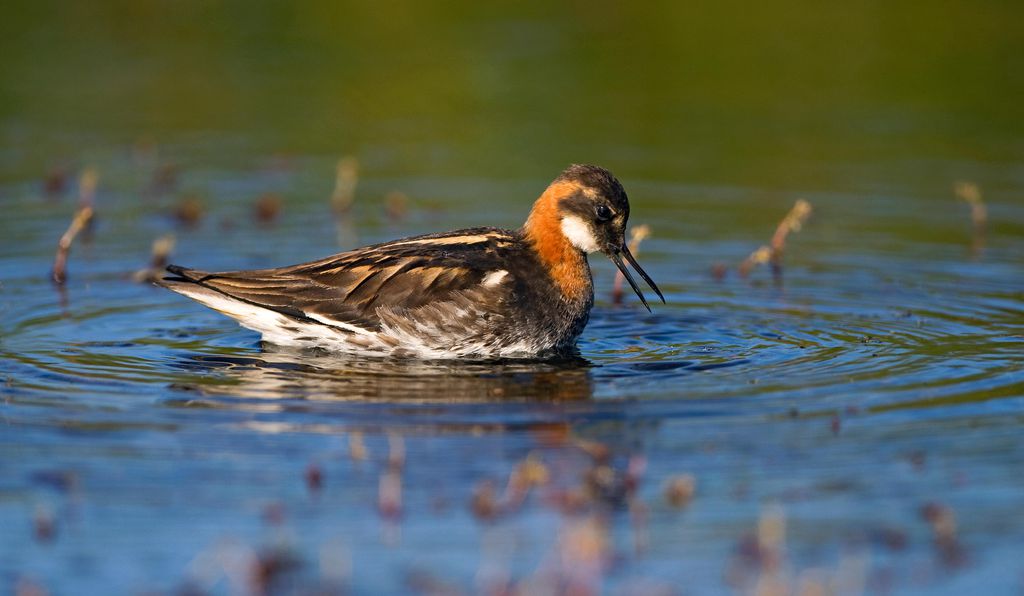 A red-necked phalarope forages in Iceland

Some shorebirds, such as the red-necked phalarope, feed on small organisms found in water. When the bird is at sea, it relies on sticking its long, thin beak into the water and then rapidly opening and closing its jaw. This action drives drops of food-filled liquid toward the bird’s gullet. Inspired by the phalarope, Xin Heng and Cheng Luo, mechanical engineers at the University of Texas at Arlington, created an “artificial beak” that works in a similar way to gather moisture from fog. Two silicon dioxide plates are hinged together, one flat and one set above at a 90-degree angle. When the plates are open, moisture from the fog condenses on them. The plates then slightly open and close to drive tiny droplets into a collection channel. The larger of Heng and Luo’s two collectors has plates measuring 10 inches by 4 inches. It was able to gather about a tablespoon of water in 36 minutes. That may not sound like much, but it’s hundreds of times more efficient than any other natural or artificial fog collector, the researchers report August 25 in Applied Materials and Interfaces. 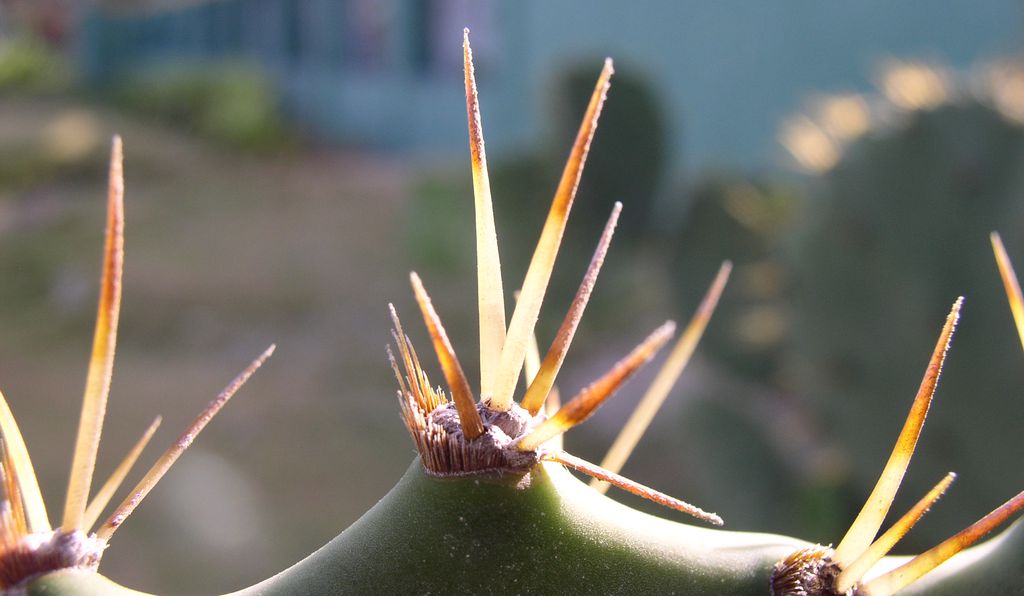 A closeup of a Colombian cactus

The sharp spines and microbarbs on cacti are for more than protection. The protrusions are also helpful for gathering water from fog. Spines are actually shaped like elongated cones, gradually increasing in diameter from tip to base. Because of this shape, water that condenses on the spines will drip down onto the cactus roots. Heng, Luo and two other UT Austin colleagues recently developed another water collector made of tiny zinc oxide wires shaped like a spiny cactus. The structures were not only able to collect water from the air, they did so up to five times more efficiently than real spines, the researchers reported in February in Applied Materials and Interfaces.

Winds in Chile and Peru bring moisture from the sea to dry hillsides, and people there have been harvesting that water for decades using nets. When enough droplets accumulate on the mesh, water drains through gutters and into a storage tank. But the method has only been able to harvest enough water for small interests. Now researchers at MIT and elsewhere are working to improve the netting and figure out the most efficient places to put the nets so that the method can provide more water to more people. Scientists from the Netherlands and Hong Kong have suggested making the netting out of cotton coated with a polymer that boosts its ability to absorb water and then release it efficiently. Meanwhile, industrial designer Arturo Vittori and colleague Andreas Vogler have proposed building 30-foot-tall, vase-shaped towers that collect dew. Each tower has an internal mesh made of nylon or polypropylene that is surrounded by a bamboo cage. The towers could collect as much as 25 gallons of water per day, according to tests, and cost $500 to assemble. Vittori and colleagues hope to start installing them in Ethiopia next year.

Beetles in the Namib Desert of southern Africa have tiny bumps all over their backs. The tips of the bumps attract water, but the sides repel it. In the morning, a beetle angles itself so that dew that condenses on its back slides toward the insect’s mouth, researchers reported in Nature in 2001. The beetle’s water-gathering abilities inspired the scientists behind a company called NBD Nanotechnologies (the NBD stands for “Namib Beetle Design”). One of the company’s proposals is to coat the interior of a water bottle with a combination of materials similar to the ones on a beetle’s back. When placed in front of a fan, water in the air would condense inside the bottle. The system could collect several gallons over the course of a day.

A special wind turbine installed in the United Arab Emirates collects more than 16 gallons of clean water per hour, on average, by harvesting moisture from the air. The specialized windmill, from Eole Water, uses some of the electricity generated by the wind turbine to run cooling units, which condense water from the atmosphere. The liquid is then diverted into storage in stainless steel tanks. The company has also developed a solar-powered water collector capable of gathering about 40 gallons of atmospheric liquid daily.