5 Signs Ginger Water Should Be Your Everyday Choice

Ginger is one of the most powerful spices on the market today. Its health benefits and medicinal uses are endless, and we would do well to pay attention to the positive attributes that ginger can provide us. While we probably know ginger in the root form as something we add to certain food dishes, or maybe throw into a juice if we are feeling festive or a little run down, ginger actually comes in many forms, and we are really only seeing the tip of the iceberg. 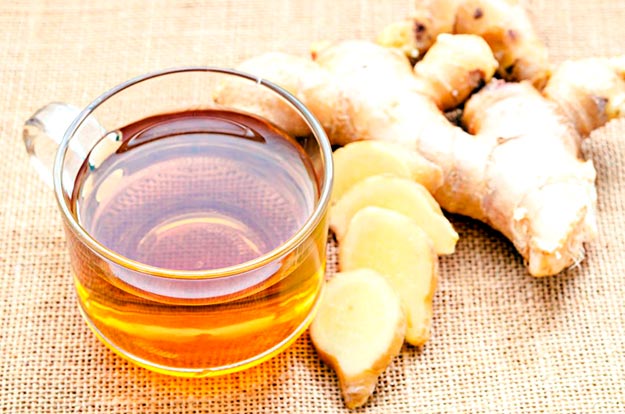 Ginger is packed with nutrients and bioactive compounds that help relieve anything from digestive problems to motion sickness. The root can be consumed fresh, or it can be ground into powder; it can be juiced, dried, or turned into oil. It also can be consumed as a beverage: ginger water, which is made by boiling the ginger root down and then straining the remaining liquid. Here are five reasons and benefits of ginger water as part of your daily diet.

1. You have digestive issues.

Ginger is a flowering plant from China, and the root of the stem is the part we use as a spice or ingredient (ginger root). Within ginger is a powerful ingredient called Gingerol, which has an enormous range of health benefits and medicinal purposes. Like its sister spices cardamom and turmeric, the ginger root has been used for centuries to aid with health problems, digestive issues, stomach problems, and just general ailments — the common cold being one we associate it with today (think ginger, honey, and lemon tea).

2. You have inflammatory problems.

Going back to Gingerol, this substance in ginger has high anti-inflammatory and antioxidant properties. Gingerol is the prominent bioactive ingredient in ginger, and is found in the natural oils of the root.

So when we infuse these oils with our beverages, we are reaping the antioxidants often found in teas, but also the anti-inflammatory properties of Gingerol, which can lower our risk of cardiovascular disease and cancer. By combining daily ginger water with things like probiotics and multivitamins, we can maintain a preventative level of good health.

3. You get respiratory infections from time to time.

4. You often suffer from nausea.

A remedy we might be familiar with is ginger’s ability to aid in nausea-related illnesses. With its somewhat spicy flavor, ginger can sometimes be deemed as harsh for the stomach, but this is a myth.

Do you recall being offered ginger beer when you’ve had a sore stomach? Well, that’s because ginger is a highly effective remedy for stomach-related sickness, including morning sickness, motion sickness — it even has long been used as a remedy for sea sickness. It can help relieve nausea after surgery, though if you are pregnant or seeking treatment, always consult your doctor before consuming hefty amounts.

5. You suffer from pain.

If you suffer from any pain, ginger can’t hurt. With its anti-inflammatory and antioxidant properties and its help with nausea and overall healthiness, consuming ginger on a regular basis is only going to benefit you. And while differing degrees of pain need different attention, ginger water can always aid the process of recovery, and can be an easily available, simple, and quick source of medicine.

Sometimes the oldest remedies are still the best remedies — and ginger has been used by human beings for thousands of years. So love yourself, trust in ginger, and always have some root handy for a brew!