What if people wanted to use icebergs as a source of fresh water?

Fresh water is scarce in many parts of the world. Places like Southern California, Saudi Arabia, and many countries on the African continent can use all the fresh water they can get. Something like 70 percent of the Earth’s fresh water is locked up in the polar ice caps, and the ice caps calve icebergs naturally all the time. It therefore makes sense to think about towing huge icebergs to the places in the world that need fresh water the most. 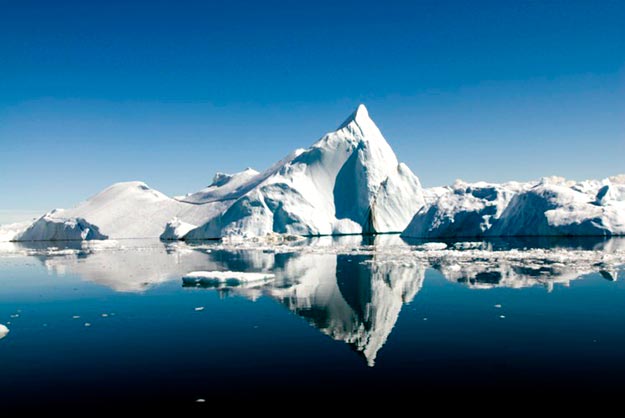 The first question is, “Can you do it?” With today’s technology, it certainly is possible from a brute force standpoint. You can hunt for big, stable icebergs using satellites, attach tugboats to them, and drag them anywhere. However, there are two problems that you have to solve to make it work.

The Problems with Icebergs 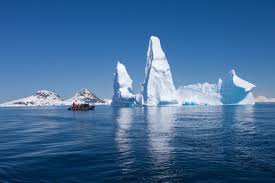 The first problem is melting. If you’ve ever run tap water over an ice cube, you know that even cold running water can melt an ice cube very quickly. It’s the same effect that causes wind chill, but with running water, the effect is even greater. If you were to try towing a naked iceberg to Southern California, it would melt long before it got there. Therefore, you have to wrap some sort of covering around the iceberg to insulate it a little. You might even want the wrapper to hold in the melted water so that you don’t lose any water along the way. Obviously, a covering that big uses a LOT of fabric, and even if it’s made form extremely strong Kevlar, there’s a chance it could rip during a storm.

The second problem is the draft of an iceberg. The expression “tip of the iceberg” comes from the fact that almost all of an iceberg is submerged under water. A big iceberg is hundreds of feet deep. The size will make it hard to get it anywhere near land. It will have to melt in its fabric wrapper well offshore, and then the water can be pumped in.

To solve both of these problems, it might be easier to mine the icebergs in the Arctic and fill up supertankers with ice shavings. Modern supertankers can hold something like 100 million gallons of liquid. That’s a drop in the bucket compared to the 20 billion gallons in an iceberg, but it would be a lot quicker and easier to move the water around in a supertanker. Since fresh water doesn’t pose nearly the environmental hazard that oil does, it might be possible to build much larger ships that hold far more liquid.

Either way, you will hear more and more about fresh water in the years to come. As the human population grows, water will become a critical resource in many parts of the world.