Fish kills and undrinkable water: here’s what to expect for the Murray Darling this summer

A grim summer is likely for the rivers of the Murray-Darling Basin and the people, flora and fauna that rely on it. Having worked for sustainable management of these rivers for decades, I fear the coming months will be among the worst in history for Australia’s most important river system. 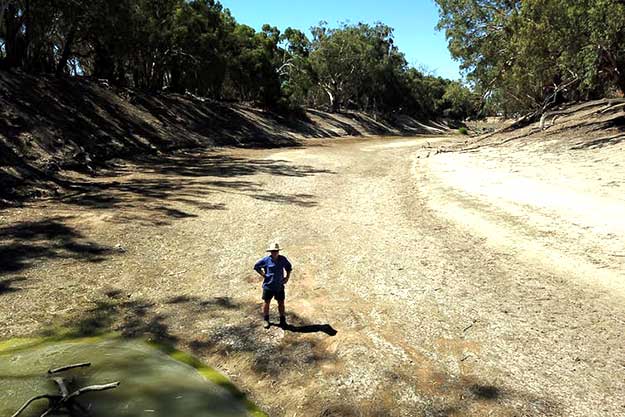 A farmer stands in the dry river bed of the Darling River in February this year.

The 34 months from January 2017 to October 2019 were the driest on record in the basin. Low water inflows have led to dam levels lower than those seen in the devastating Millennium drought.

No relief is in sight. The Bureau of Meteorology is forecasting drier-than-average conditions for the second half of November and December. Across the summer, rainfall is also projected to be below average. END_OF_DOCUMENT_TOKEN_TO_BE_REPLACED