The Minnesota State Supreme Court has recently ruled that bong water of 25 grams or more containing any trace of a controlled substance can be prosecuted as a felony. Bongs with water enable pot and hash smokers to inhale larger quantities with cooler, less irritable smoke. 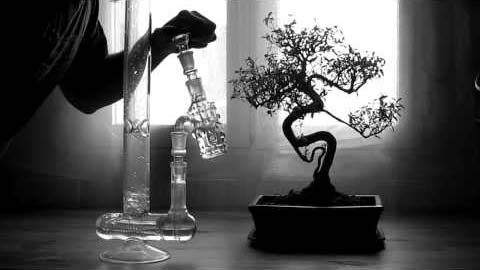 As a felony, this would require a harsh minimum sentence as required by 1986 and 1988 draconian federal minimum sentencing requirements, which supersede judicial discretion.

The case that was brought to the Minnesota high court involved a Rice County prosecution of Sara Peck. Her home was searched in 2007, and all that the narcotics officers could find was a bong with 37 grams of water. That amount equals 1.3 ounces, slightly less than a shot glass used for liquor.

The water was slightly discolored and the arresting officers had it tested. The test showed a trace of methamphetamine.

Peck’s attorney, Bradford Delapena, managed a lower court decision regarding the bong water as paraphernalia, which is a misdemeanor with a maximum fine of $300. But the prosecuting attorney was not satisfied. So Sara Peck’s case went to the State Supreme Court.

The Supreme Court decision favored the prosecution by 4 to 3. The majority used the literal wording “solution” used in drug law as part of its description of any drug, even though only a minute trace was detected in the bong water.

Now Sara Peck can be tried for a felony. According to Families Against Mandatory Minimums (FAMM), 5 grams of pure methamphetamine carries a federally mandated minimum 5 year prison sentence, while 50 grams of the same pure substance requires a 10 year sentence.

Therefore, Sara Peck could be sentenced to seven years as a first time drug offender for her small amount of tainted water.

Big drug dealers often avoid mandatory sentences with plea bargains for snitching on others. Most drug users don’t have that option, and they are overcrowding federal prisons. A large percentage are first time offenders. (FAMM, source below)

One of the three dissenting Justices, Paul Anderson, said the majority’s decision “does not make sense, and borders on the absurd.” He maintained that it isn’t consistent with the intent of state drug laws, while chiding authorities for charging Peck with such a serious crime.